Innovate4Climate: What drives innovation for climate and sustainable development? 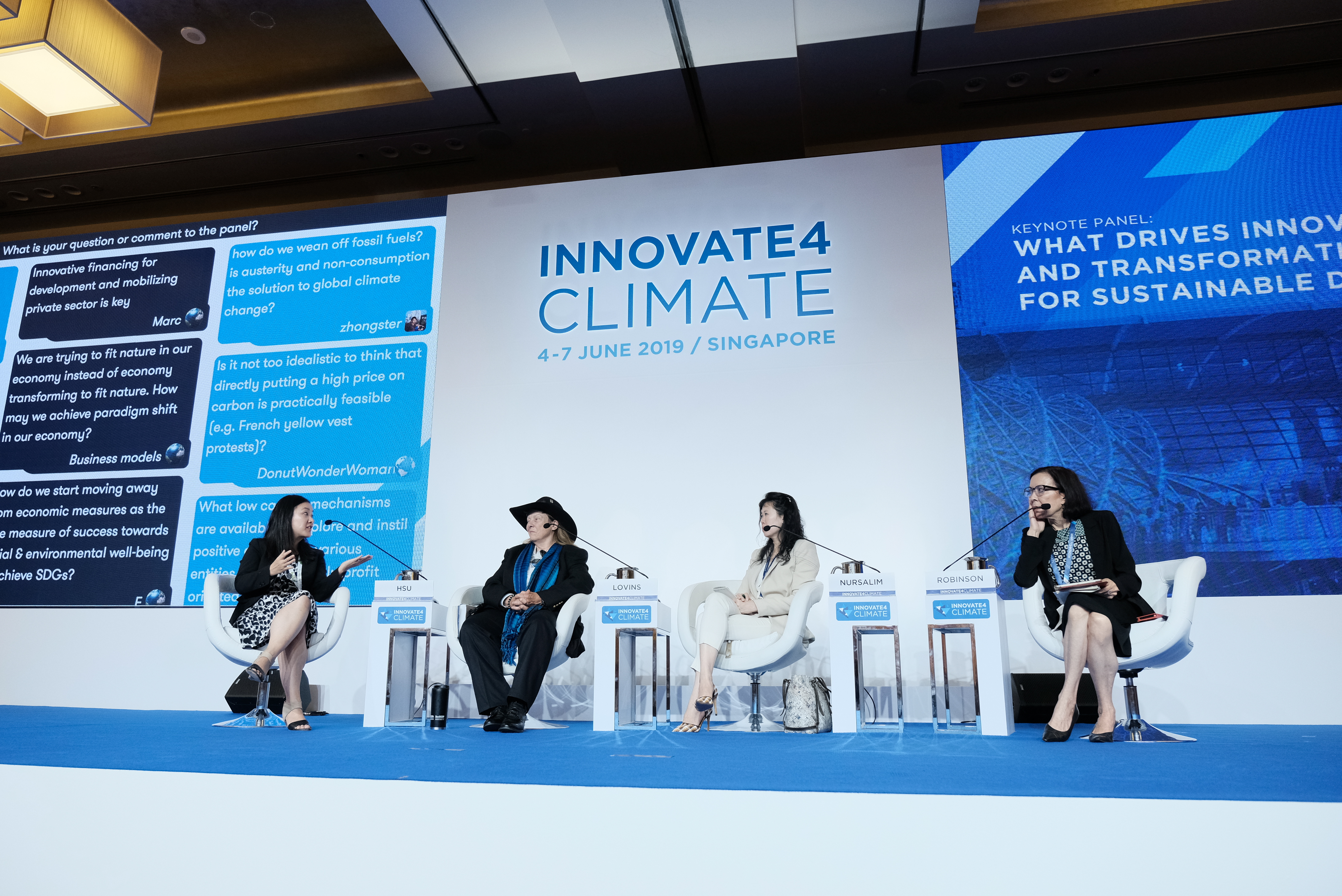 On June 6 at the Marina Bay Sands Convention Centre, I had the privilege of joining Gwen Robinson, Chief Editor of the Nikkei Asian Review, Cherie Nursalim, Vice Chairman, GITI Group, and Hunter Lovins, President & Founder, Natural Capitalism Solutions for the Keynote Panel of the Innovate4Climate Summit organized by the World Bank. The organizers charged us with a daunting task of identifying critical leverage points for innovating climate and sustainable development solutions, from our diverse perspectives in a very short time (cut even shorter by delays).

My comments mainly focused on local policy innovation and the ways that cities, states/regions, and companies are taking climate actions that are in many ways more ambitious than national governments. Here are a few highlights:

You can watch the full event of the livestream on Youtube. The keynote panel begins around 1:37:00.