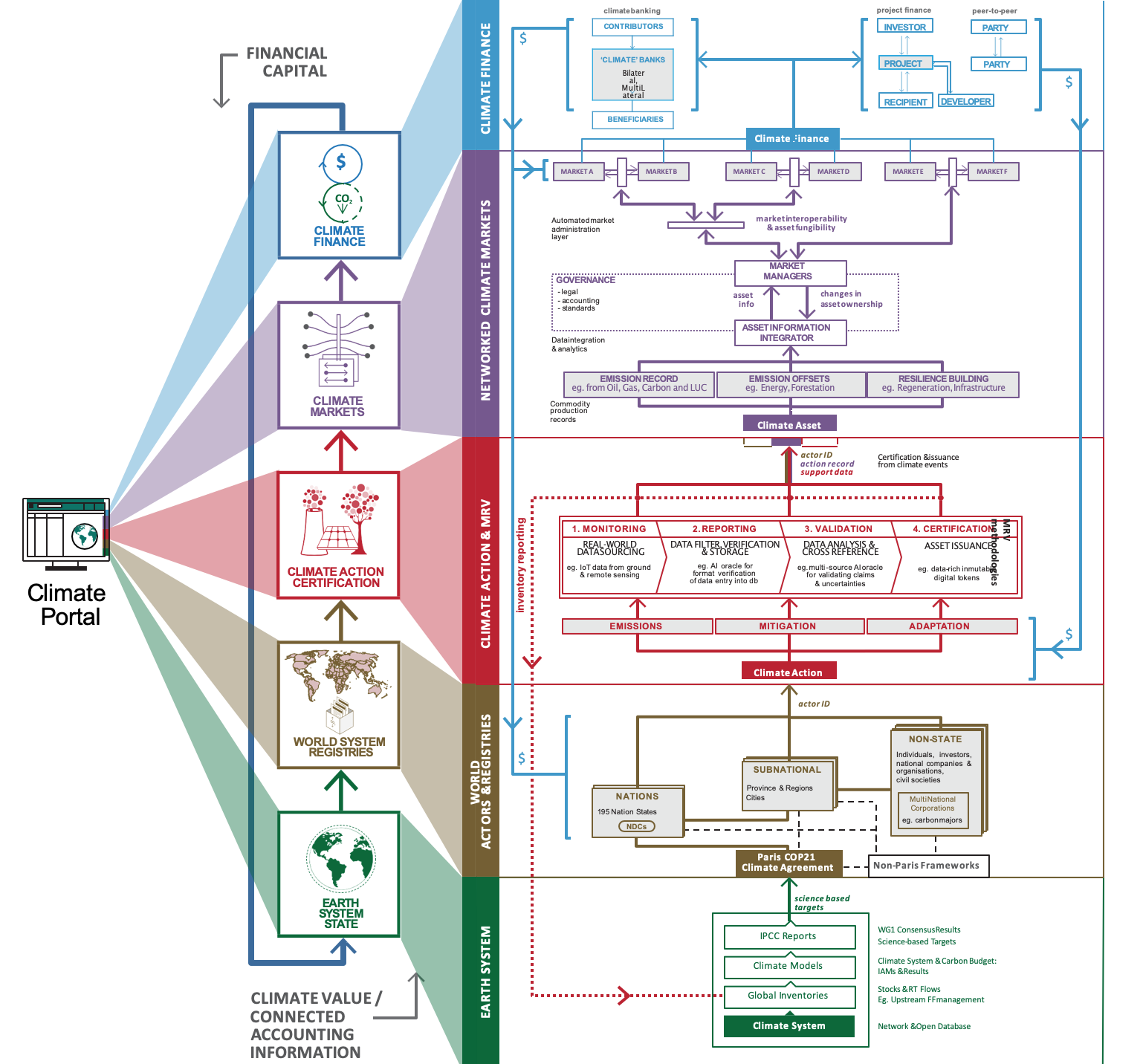 November has been the month of hackathons. Two weeks after co-organizing the Yale-NUS College Datathon, which focused on the Southeast Asian haze crisis, Data-Driven Lab was at It again, this time with the launch of the Open Climate Collabathon in Singapore. The Collabathon is a collective and collaborative hackathon organized by Yale Open Lab in the US and jointly hosted by node groups all around the world, including Data-Driven Lab, HEC Paris, ESMT Berlin, University of Melbourne, and AIM Manila. The aim of this decentralized and open source effort is to tap on collective intelligence to find ways to use emerging technologies for the optimization of the global climate accounting process, thereby supporting climate actors—countries, cities, and companies—in their pursuit and achievement of Paris Agreement targets. The event lasts for two weeks until COP25 in Madrid, where outstanding teams will have the chance to present their proof-of-concepts to members of the climate action community.

On 16 November, enthusiastic technologists and climate domain experts showed up for a full Saturday of hacking (and snacking), bringing together their diverse skills to tackle the planet’s greatest challenge. The motley crew comprised data science students, communications specialists, theoretical physicists, business managers, blockchain developers from Ethereum and Perlin, a satellite engineer, an activist from 350.org, and of course, climate policy veterans from Data-Driven Lab. Director Angel Hsu provided an in-depth explication of the challenges and opportunities surrounding climate action accounting, which provided the context, urgency, and inspiration for teams to take on the Climate Data Sharing and Masking prompt, also hosted by Data-Driven Lab. To see the other prompts hosted by other organizations, click here. 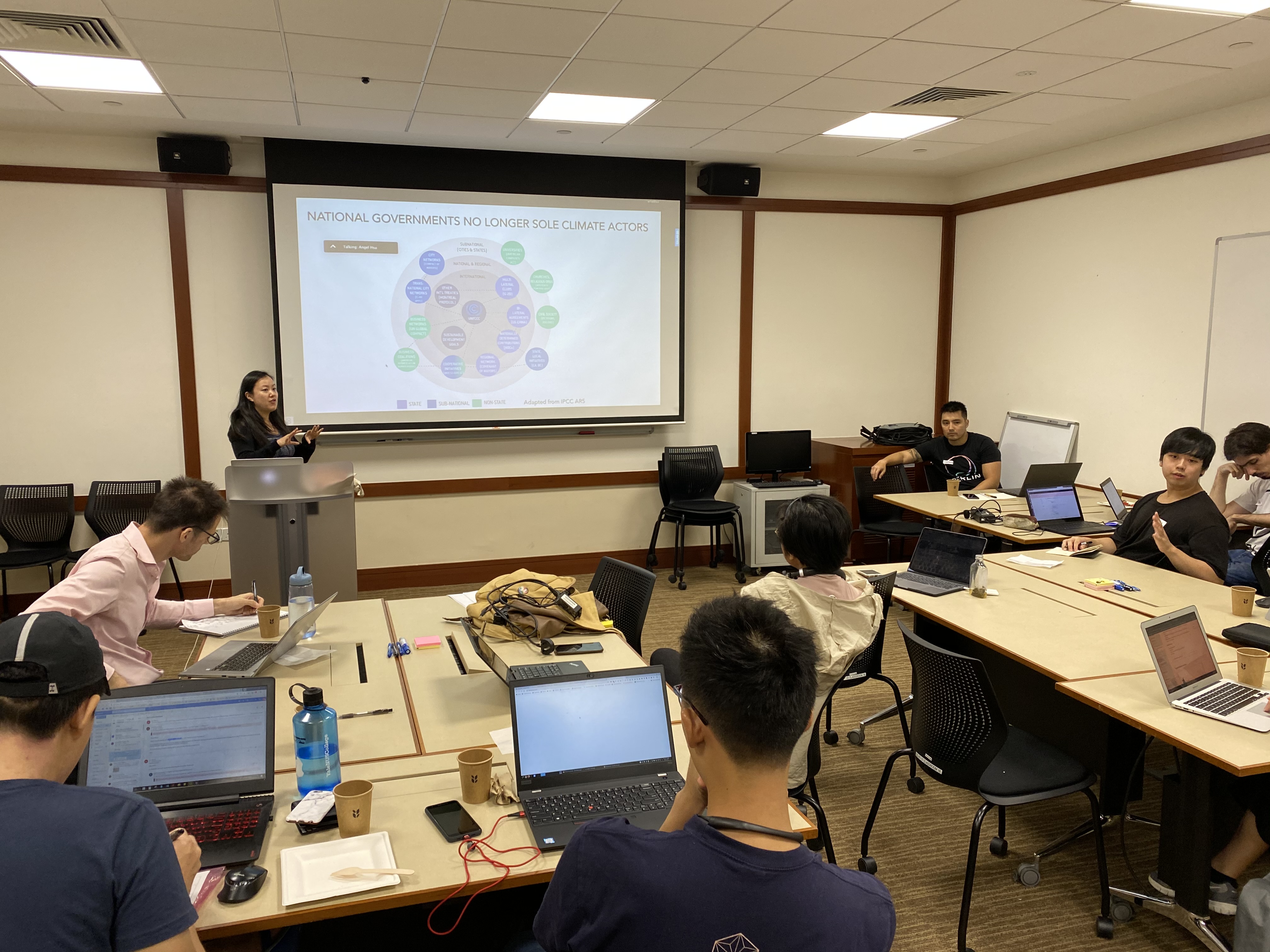 Dr Hsu discussing the many challenges of climate action tracking

With the problem and prompt now explicitly laid out, several developers took the stage to shed light on the solutions cutting-edge technologies like blockchain, IoT, and Ai could bring. A lively discussion ensued and teams broke off into three main workstreams within the climate action accounting sphere—Incentives, Privacy, and Analysis. The Incentives team is designing a system that allows citizens to put social pressure on companies to submit timely and accurate data. This system feeds into the next team—Privacy—which focuses on enabling organizations to submit climate action data without losing proprietary information and jeopardizing their business models. Finally, the Analysis team will take this submitted textual data and efficiently extract the relevant information using Natural Language Processing (NLP) tools, including sentiment analysis. Together, these three workstreams could breathe new life into the way countries, cities, and companies engage in climate action. 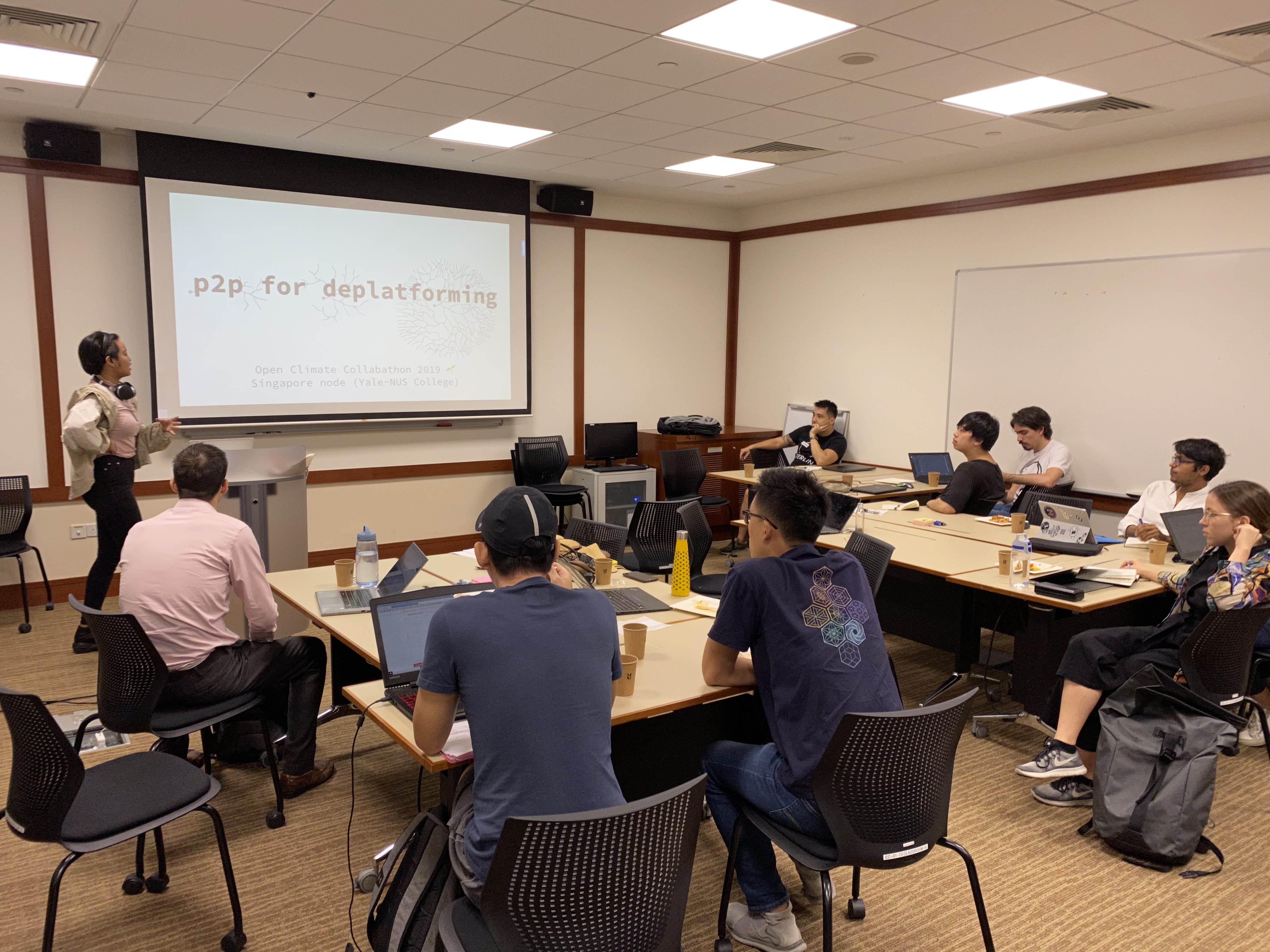 Ying Tong Lai, Research Scientist at Ethereum, gives the audience a taste of the radical social applications of blockchain

The hacking doesn’t stop. There are further development sprints taking place all around the world in these next two weeks leading up to COP25. In Singapore, the teams will be meeting again on 23rd November to iterate their prototypes. Join our Discord channel if you would like to collaborate with us!