Beyond the Haze – Yale-NUS Datathon 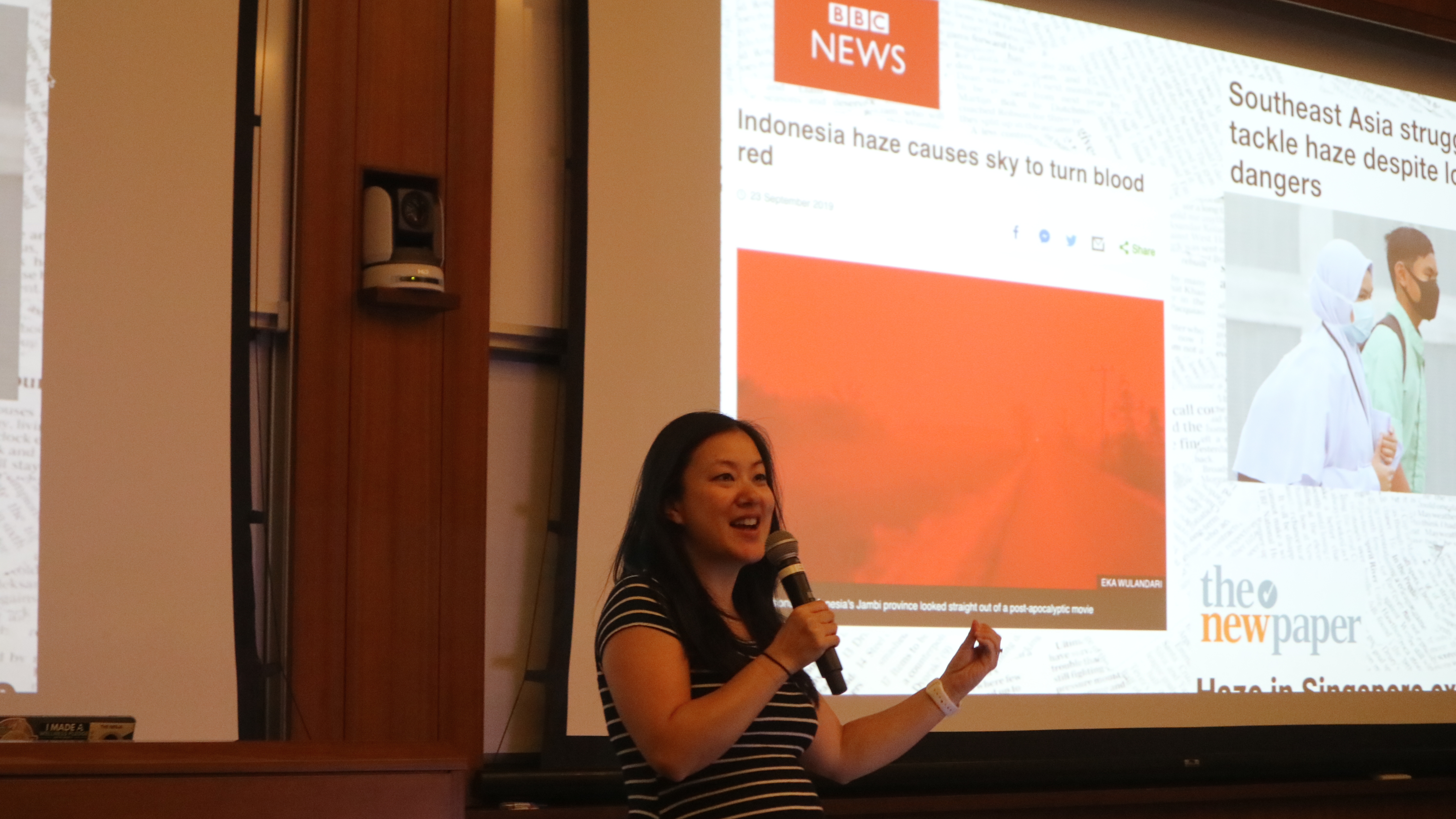 Dr Hsu describing the haze situation in Southeast Asia and setting the context for the datathon. Image provided by Hana Fatinah.

On November 2, Data-Driven Lab supported a datathon centered on Southeast Asia’s haze crisis. The haze is a recurring issue in the region and is mainly caused by the burning of land in Indonesia. In September, forest fires in Indonesia were so severe that skies turned red.

Held at Yale-NUS College, the datathon was organized by the Yale-NUS Data Science society, which has worked with Director Angel Hsu and Data-Driven Lab for several datathons, such as Data 2.0 with DBS Bank and Hack 4 Climate, which was also supported by Dr. Martin Wainstein from the Tsai Center for Innovative Thinking at Yale. Many Data Science members are also research assistants for Data-Driven Lab.

During the Datathon, participants formed teams of 10, which then broke up into two smaller groups to tackle different prompts relating to the haze. To allow for a non-competitive setting, the organizing team worked with Yale-NUS faculty to get peer tutors to provide participants with coding support.

The prompts focused on the causes and effects of the haze, and participants accessed data from several sources. Nicholas Chin, Data-Driven Lab research assistant, says, “Initially, Damon (president of the Data Science society) and I encountered Dr. Gaveau’s work at the Center for International Forestry Research (CIFOR) and his mapping and visualizations of deforestation and forest fires. Along with the recent air conditions in Singapore, the website inspired us to organize a Datathon on the haze crisis. While sourcing for data, I encountered NASA’s Active Fire Detection portal and gathered historical fire data on Borneo island, which allowed us to observe fire trends around the world. Along with Mia, a fellow member, we spent quite a bit of effort cleaning the data and wrote comprehensive notes to make the Datathon more accessible to students from non-tech backgrounds.” 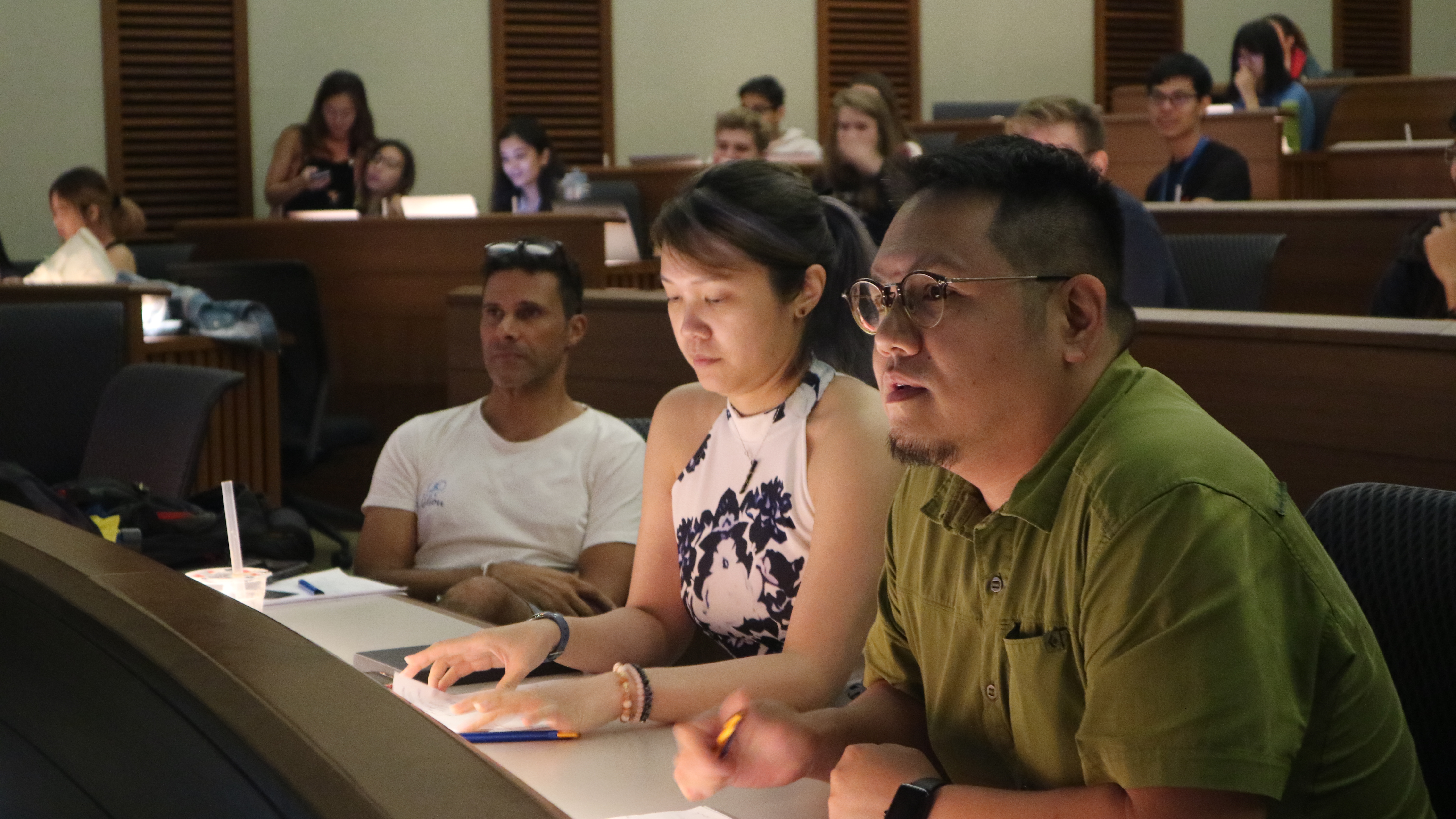 The Datathon was graced by judges from PM.Haze, a Singaporean non-profit focused on outreach, research, and advocacy on the transboundary haze crisis, as well as Unilever’s Sustainability Sourcing department. Before the judging, Mr. Benjamin Tay, executive director at PM.Haze, shared his experience in advocacy work relating to sustainable palm oil sourcing. Ms. PJ Tan, manager at Unilever, also shared how her team is committed to sourcing palm oil for Unilever’s consumer products more sustainably. Prof. Brian McAdoo, head of studies of Environmental Studies at Yale-NUS College, also attended as a judge.

During the Datathon, students acquired many interesting insights relating to the causes and effects of the haze. For example, a winning team looked at how the dry season and geographical temperatures affected the occurrence of haze in Southeast Asia, while other teams examined the relationship between global palm oil prices and forest fires in the region. Some teams also analyzed how PM 2.5 levels affected health in the region, and the winning team for the “best effect” analyzed how haze levels affected tourist numbers in Singapore across different groups of travelers. 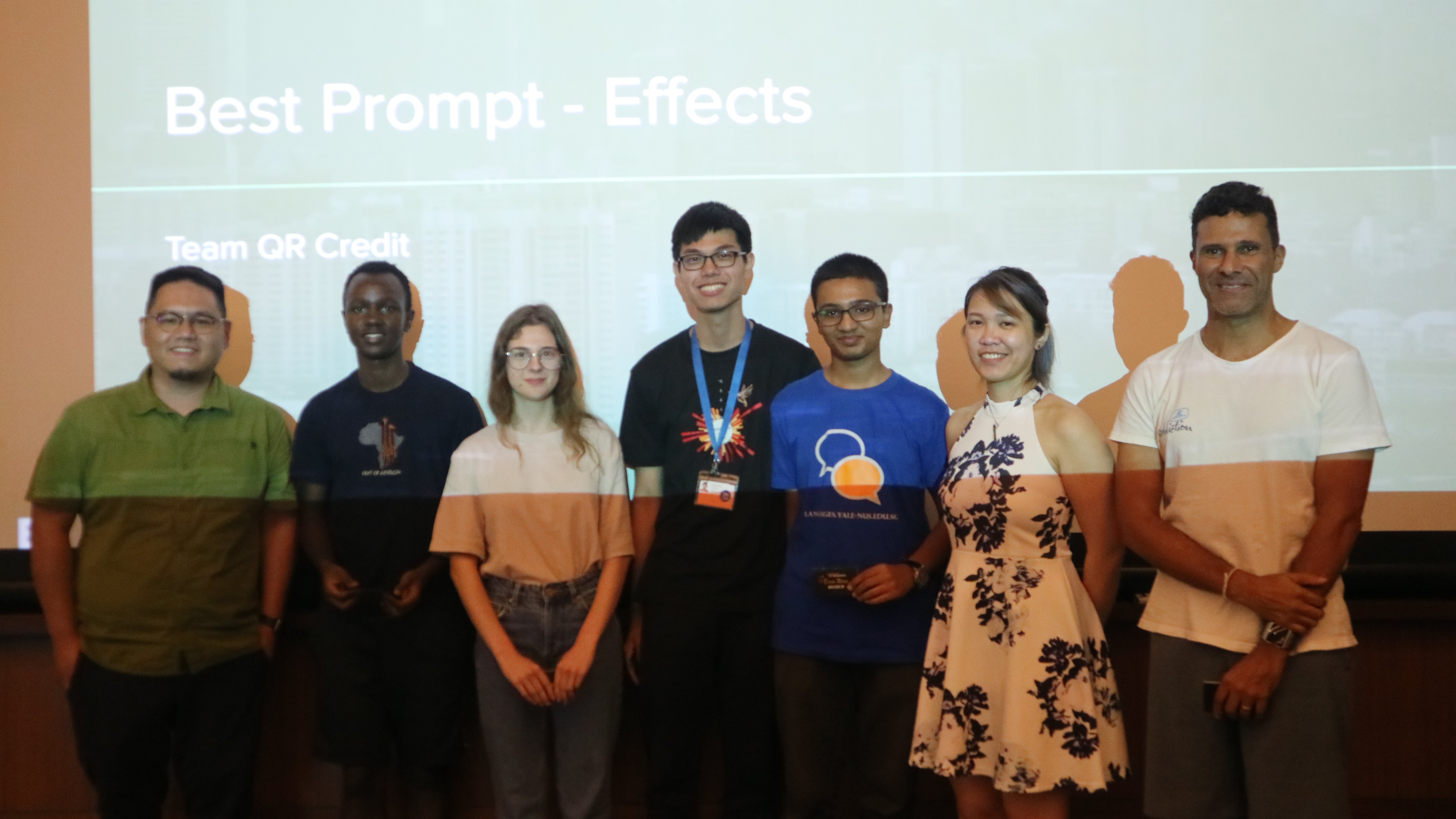 One of the winning teams. Image provided by Hana Fatinah.

Hana Fatinah, a Yale-NUS College freshman, says, “when I first saw the datasets, I was a bit overwhelmed. My team decided to explore data sets that we were interested in individually and I investigated the geospatial data on forest fires. My team then came back together to talk about interesting synergies between our data. During lunch, we checked in with the other teams and exchanged ideas to improve each others’ work,”

“The collaboration aspect is actually the part that I love the most about this datathon. It really did not feel like a ‘competition’ but rather a fun learning experience. The datathon has been such a great experience for many of us, and I want to express my gratitude to Data-Driven Lab and the Data Science Society for this opportunity to learn about the haze in a non-competitive environment!”