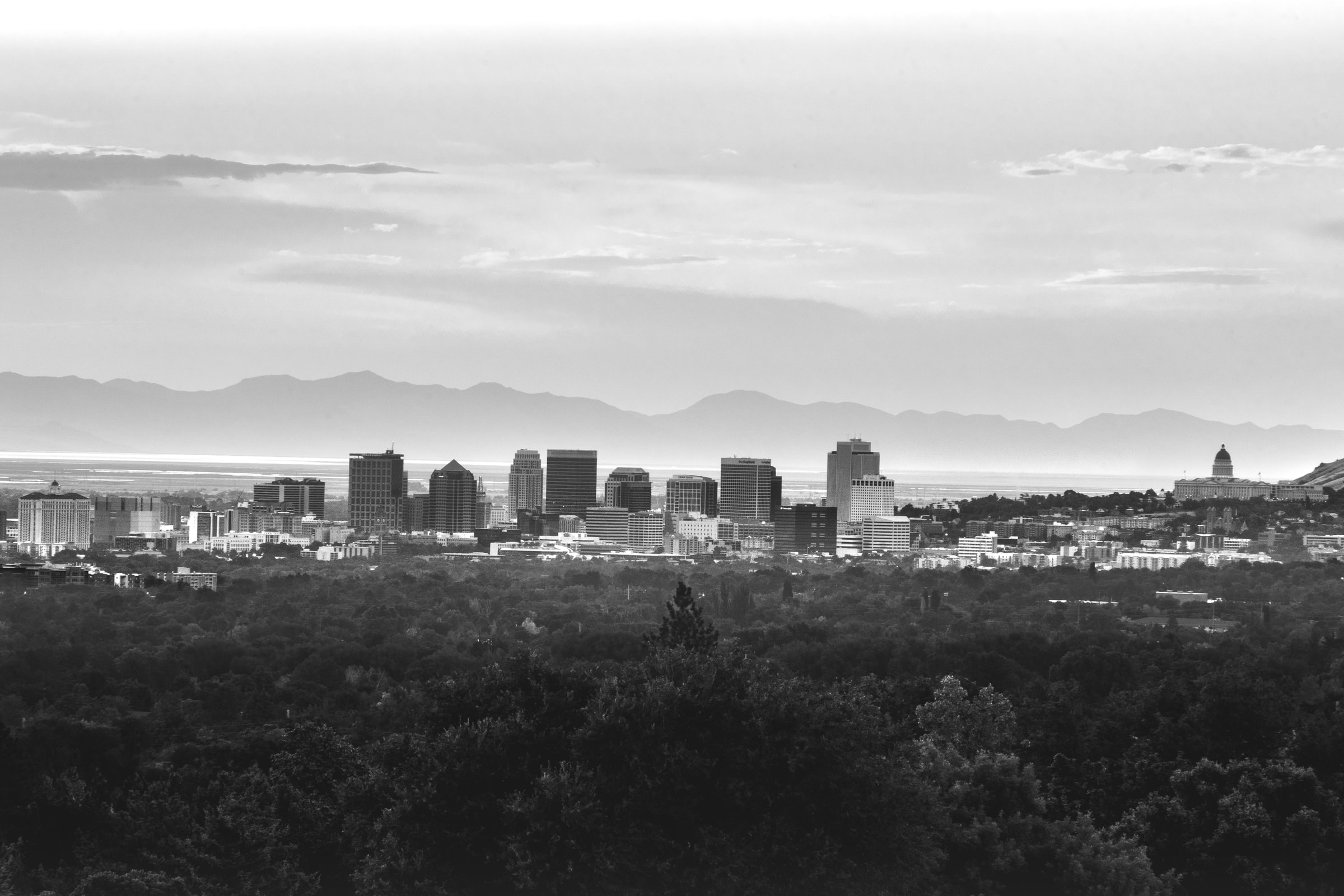 September 21, 2020 — Cities, regions and companies are pledging to net-zero emissions on a growing scale, taking important steps towards keeping the Paris Agreement within reach. The number of local governments and businesses committing to a net-zero emissions target by the end of the century has grown since late 2019, according to a new analysis from Data-Driven EnviroLab and NewClimate Institute.

As of September 2020, more than 800 cities, 100 regions, and 1,500 companies have joined a global effort to decarbonize their societies and economies, according to a review of nine of the world’s largest climate action reporting platforms, such as CDP and the UN’s Global Climate Action Portal. Over the past year, participation among regional governments such as Wallonia in Belgium or California in the United States increased nine-fold, with an additional 90 regions in 2020 joining the 11 regions recorded in 2019. Cities making net-zero pledges grew seven-fold, with 700 cities adding to the 100 recorded in 2019, and companies making net-zero pledges tripled, from around 500 cities recording net-zero pledges in 2010 to 1,500 recorded in 2020.

Given their scale, their efforts could add much-needed momentum to the Paris Agreement’s goal of reaching net-zero emissions by 2050. In a net-zero scenario, transformations across the energy, building, transportation, infrastructure, and industrial sectors reduce greenhouse gas emissions as much as possible. Any remaining emissions are absorbed by natural sinks, fostered by natural solutions, such as reforestation and smart agriculture, or technological solutions like carbon capture and storage.

“While more than 120 national governments have set or promised to set net-zero goals, the pace of change still falls short of what’s needed to achieve net-zero emissions by 2050, and avoid the most dire impacts of climate change,” said Angel Hsu, Assistant Professor at Yale-NUS College and the Director of the Data-Driven EnviroLab. “City, region, and company commitments can spur national governments to act more quickly and ambitiously. They also play a vital role in achieving the unprecedented transformations needed to shift the world over to a net-zero trajectory.”

Local governments and companies’ net-zero efforts range from actors that have created a roadmap to completely decarbonize their government or company, to broader announcements and promises. Some commitments include an actor’s entire emissions footprint, while others hone in on specific sectors, such as energy, transport, or buildings. The analysis identifies where momentum is building, and where more mobilization may be needed: 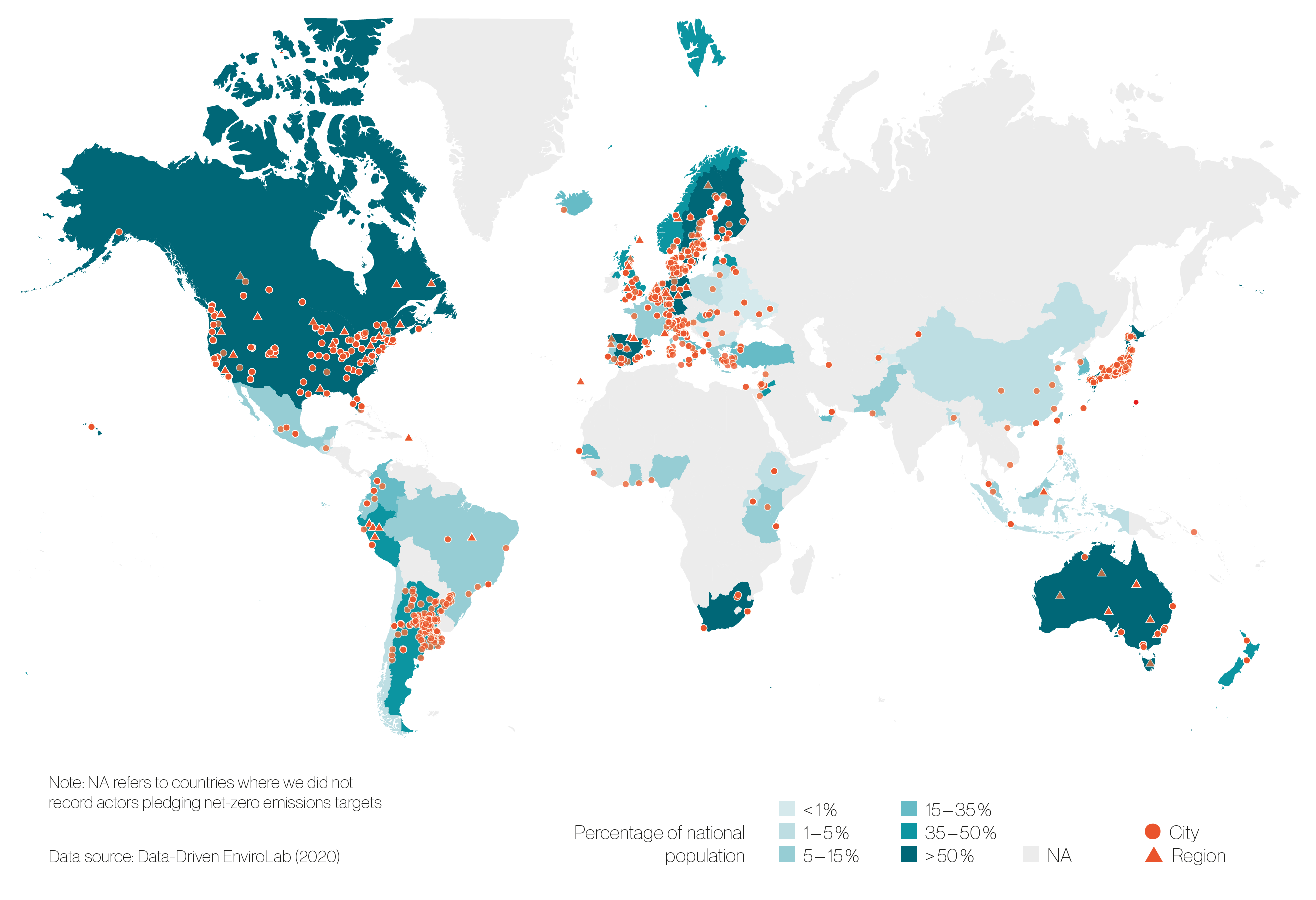 Geographical coverage of cities and regions pledging towards net zero.

Many initiatives of like-minded companies, cities, and regions have helped propel this growth in net-zero efforts. The Race to Zero campaign has mobilized initiatives that include 1,128 companies, 452 cities, and 22 regions, along with 45 investors and 549 universities, working towards achieving net-zero CO2 emissions by 2050.

The report, funded by the IKEA Foundation and developed in partnership with the UNFCCC’s High-Level Champions for Chile and UK, also finds that the content of net-zero commitments varies widely; despite similar terminology, two net-zero commitments often outline very different goals. Some companies make net-zero commitments focused on targeted locations or products, while others outline plans to decarbonize their entire business model. Some rely heavily on offsets to neutralize their annual emissions, while others explicitly note a commitment to use offsets only in the event that emissions cannot be directly reduced.

Among local governments, roughly 43 percent of cities and regions have released action plans outlining how they will achieve their net-zero targets, and approximately 30 percent have incorporated their net-zero targets into policies and legislation. Many net-zero commitments have been made relatively recently, in the past few years, and actors also frequently reported that they expect to develop plans or pass legislation over the coming year.

“As with any climate action commitment, understanding exactly what’s being pledged — and how it will be achieved — is crucial to determining its effect on national and global greenhouse gas emissions,” said Thomas Day of NewClimate Institute. “We’ll be releasing a follow-up report later this fall that dives deeper into the nuances of what these pledges promise and how actors can contribute to the global decarbonisation challenge in the most transparent and constructive way.”