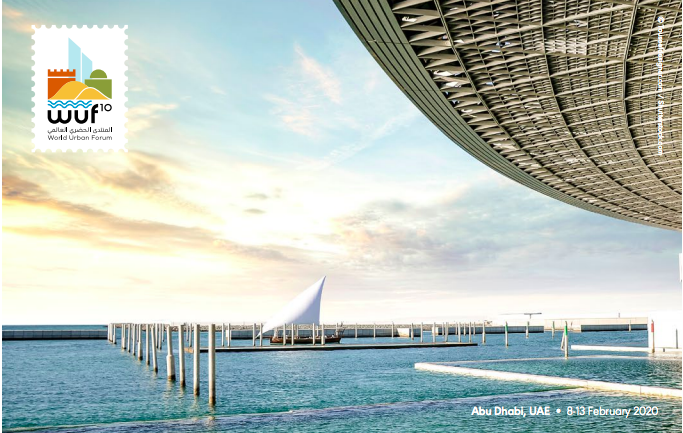 As the world becomes increasingly urban, cities will shape the lives of billions of people – including both people living in cities, and residents of rural areas that will be shaped by the ways cities use natural resources. The Sustainable Development Goals (SDGs), a global roadmap towards a sustainable future, recognize this influence; Goal 11 sets out to make cities “inclusive, safe, resilient and sustainable” by 2030.

However, despite cities’ outsize influence over the global future, data that helps track their progress towards this goal remains scarce – expensive to collect, challenging to find, and difficult to combine or compare.

At the upcoming World Urban Forum 10 in Abu Dhabi, Data-Driven EnviroLab (Data-Driven Lab) will release an updated version of the Urban Environment and Social Inclusion Index (UESI), which sheds more light on cities’ progress towards SDG-11. This first-of-its-kind tool uses high-resolution, large-scale data to reveal how cities perform at the intersection of environment and social equity, at both the city and the neighborhood scale. By combining remotely-sensed data, open-source datasets like OpenStreetMap, and census information, it captures the ways urban environmental benefits and burdens are distributed within cities. This information enables citizens, policymakers and researchers to explore questions such as: How is air pollution spatially distributed among different income groups and sensitive populations? Which neighborhoods have experienced increases in urban heat island effects? Who has access to public transportation?

Created in collaboration with the Samuel Centre for Social Connectedness, the Index has grown from its pilot launch of just over 30 cities, to include more than 160. These new cities improve the UESI’s global coverage, adding cities in Africa, Southeast Asia and Latin America, where urban environmental data is especially vital. Ninety percent of the 2.5 billion people that will join the world’s urban population by 2050 will live in these regions. Detailed data from these cities can help guide policymakers as they navigate this expansion – and remote sourced data can keep pace with the kind of rapid change forecasted in these areas.

In this video, from the Global Situation Space at the World Economic Forum’s 2019 Annual Meeting of the New Champions in Dalian, China, Data-Driven Lab Director Dr. Angel Hsu introduces some of the key themes and goals of the Urban Environment and Social Inclusion Index.

The updates also increase the number of small and mid-sized cities included in the Index. In the United States, for instance, it will soon include the smaller cities of Fargo, North Dakota and Bridgeport, Connecticut alongside the countries’ largest cities of New York City, Los Angeles, and Chicago, which each hold millions. Smaller cities often face a different set of challenges – and smaller municipal budgets – than larger cities. Yet, about half of the world’s urban population lives in smaller cities, with less than half a million people. Understanding their performance is critical to getting a full picture of urban environmental performance and equity.

The event is scheduled to take place from 1:00-1:45 pm on Sunday, February 9 in UL-1, as part of the World Urban Forum’s Urban Library Series. It will open by sharing the updated Index’s key take-aways on cities’ progress towards SDG-11. A panel discussion of urban policymakers and researchers will discuss these findings, and the ways cities are bringing equity and environmental concerns together as the make, implement, and track the progress of urban policies.