In Singapore’s climate fight, transition to clean energy is a matter of will 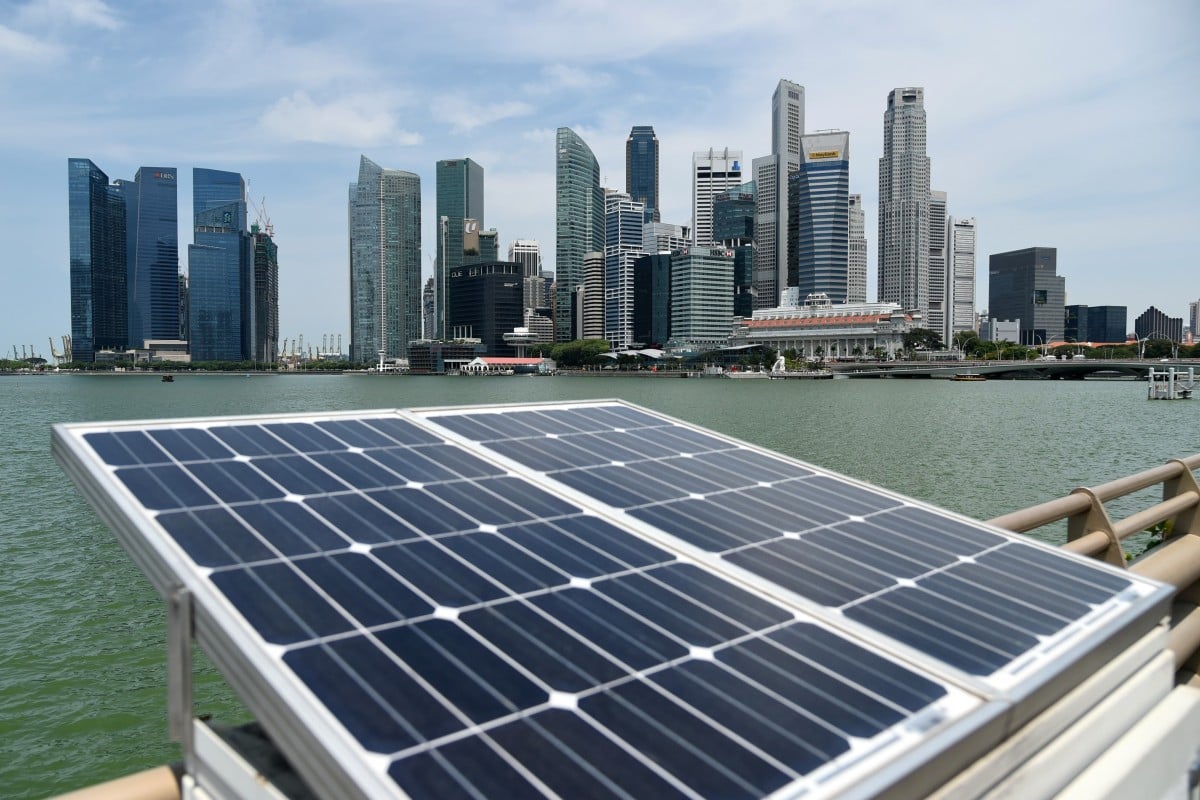 This article was originally published on the South China Morning Post.

This year marks the start of a new decade, likely the last decade that humanity has to address climate change before its worst impacts become irreversible. We desperately need all countries to increase the ambition of their climate pledges and provide specific plans for transitioning to a decarbonised economy. Every nation’s plan will be different, with some countries taking stronger actions than others, yet all countries can and should act without delay.

Consider Singapore, where I live – a small island nation that contributes only 0.01 per cent of global emissions, yet is East Asia’s wealthiest country by per capita GDP and ranks 27th globally in per capita emissions.

A few weeks ago, I outlined some near-term solutions for Singapore to step up its low-carbon leadership in the region, while nurturing long-term economic growth, job creation, and innovation. These recommendations include ambitious solar energy targets, investments in net-zero buildings, a higher carbon tax, and, most importantly, a plan to transition away from fossil fuels.

Opponents of my call for changes were quick to rehash the government position of caution when addressing climate change. They claim that a clean energy transition would be costly, and Singapore’s industries and economy would suffer. Opponents of climate action say that Singapore, one of the world’s five biggest oil refining hubs, is not prepared to transition away from fossil fuels, and that to decarbonise would not make economic sense.

Yet time is running out for Singapore and other countries to recognise that fossil fuel economies make less and less sense with each passing year, and to get ahead of the curve and start outlining plans for a clean energy transition.

Singapore’s oil and gas industries remain major recipients of government subsidies, an estimated US$7.85 billion in 2015, so its position within the economy may be overstated beyond its 5 per cent of the nation’s GDP. Not only can Singapore forge a path forward without its oil and gas industry, it must do so to avoid catastrophic climate change impacts. 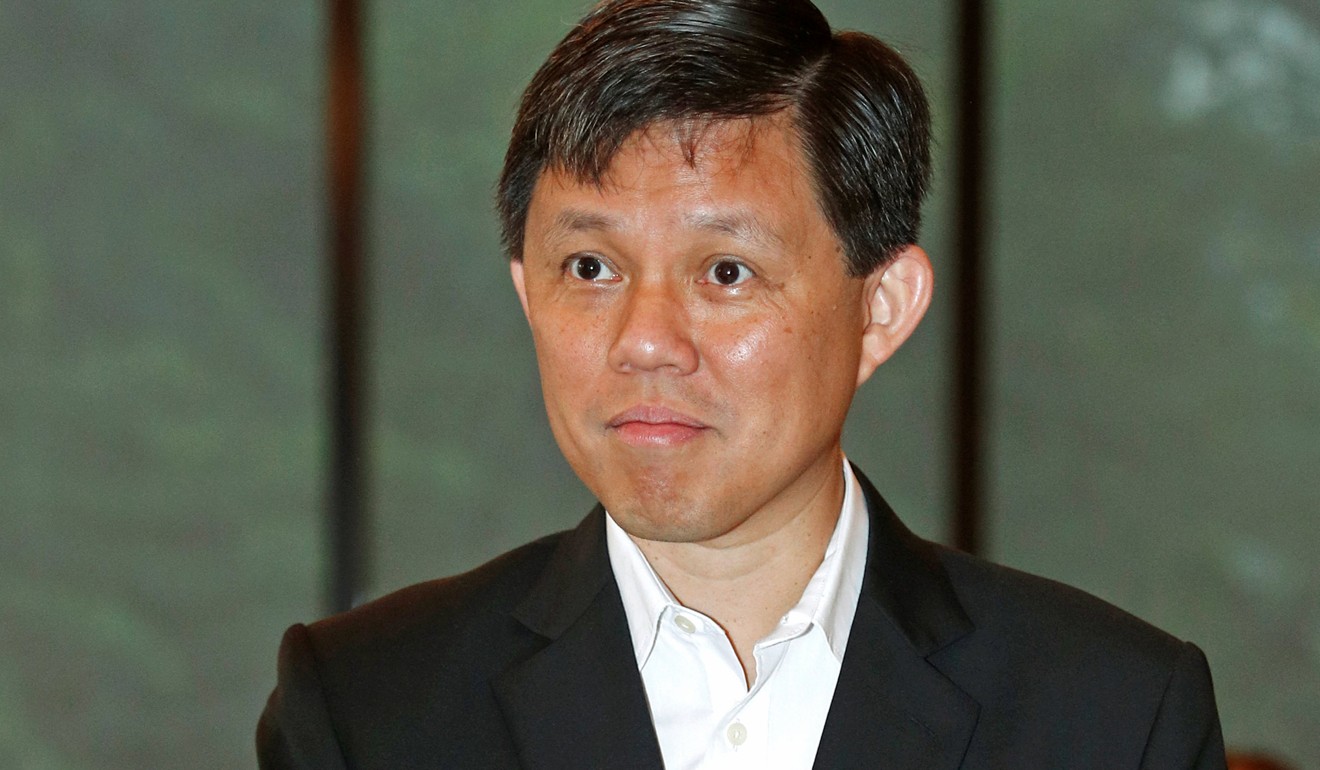 Chan Chun Sing, Singapore’s Minister for Trade and Industry, has said the city state will continue to rely on fossil fuels for the next 50 years. File photo: Reuters

The government has stated its intentions to develop a long-term climate strategy, but further details have yet to emerge. Singapore’s Minister for Trade and Industry, Chan Chun Sing, has discussed “thinking of a post-fossil fuel future”, justifying the need for fossil fuel companies while the republic tries to further diversify its energy sources, stating that the country will continue to rely on natural gas for the next 50 years for a substantial part of its energy needs.

In 2019, ExxonMobil committed to a multibillion-dollar expansion of its western Jurong Island refinery, on the heels of another expansion investment in 2015. These undertakings show that Singapore is not ready to move away from the fossil fuels sector for its immediate to midterm economic growth plans, despite its harmful impact on climate change.

Singapore will not abandon fossil fuels overnight, yet the justifications given for not having a specific plan to transition to clean energy seem to imply a fundamental misunderstanding of the crisis at hand.

If Singapore phases out its petrochemical production, government officials argue that other countries will fill the gap and produce more, “likely under conditions which are perhaps more pollutive than the current conditions”.

There is scant evidence, however, that such production “leakage” to other countries would occur. Research has shown that increasing environmental standards promotes efficiency, innovation, and productivity, fostering constructive competition among industry firms and countries in what scholars have termed the “California effect”.

This phenomenon is named after the US state and the world’s fifth-largest economy, which has implemented clean vehicle emission and other environmental standards that surpass the national government’s and which other states have subsequently followed.

Singapore officials have claimed that ratcheting up environmental regulations and the country’s S$5 (US$3.60) per tonne carbon tax would chase oil and gas firms from doing business on the island. Leaving aside the absurd notion that some of the world’s biggest and most lucrative businesses would suddenly abandon their Singaporean operations – facilities that represent massive fixed investments capable of refining nearly two million barrels of crude oil every day – the idea that increasing costs for petrochemical manufacturers would create a societal burden is backwards thinking.

The current carbon tax rate of S$5 per tonne is, in fact, far too low to compensate for the true “social cost of carbon” – the empirical cost to human welfare embodied by a tonne of CO2 emitted today. Singapore’s deflated carbon price falls far short of the actual, cumulative cost of carbon emissions in the form of air, water and climate pollution, a price which the US government has set to about US$40 (S$55) and some economists believe should still be orders of magnitude greater. Experts believe that countries must incorporate carbon prices on the high end of this spectrum if the planet is to stay within 1.5 to 2 degrees Celsius of warming.

By improperly accounting for carbon’s true costs and not placing the economic burden on emitters today, Singapore is placing these costs on its people who will have to pay for much more severe and expensive climate interventions – think sea walls and escalating impacts to human health – in the near future.

A higher carbon tax that internalises the actual social cost of carbon could produce a dividend that would be reinvested in industry to assist in energy efficiency and clean technological improvements, a mechanism that Singapore’s carbon tax already employs.

British Columbia (BC) in Canada has perhaps the most well-known example of this sort of carbon pricing scheme already underway, and research has shown that the province’s progressive carbon tax has not hindered economic growth – in fact, BC’s economy has outpaced almost all of the rest of the country’s provinces, none of which have instituted carbon pricing.

Climate-smart growth is not merely an acceptable path forward, it is the only viable path. Singapore will find that climate investment and green jobs are the burgeoning future while fossil fuel industries must change or perish, a paradigm heralded in Green New Deal proposals around the world and by the world’s largest investment funds.

China has become the new superpower in renewable energy, particularly in wind and solar production. In 2018, China accounted for 30 per cent of the world’s renewables and its renewable energy sector employed 4.1 million people. The shift away from fossil fuels will not lead to mass unemployment but will redefine what it means to work in energy. To support a just and equitable transition to this new paradigm of production, large-scale job-training programmes are needed to prepare workers to fill new clean-energy jobs.

Singapore could accelerate its renewable energy production with subsidies, like Feed-in Tariffs, which have proven successful in other countries. The Singapore government has been reluctant to employ a renewable subsidy because it would “distort energy markets”. On the other hand, governments around the world have been spending nearly US$1 trillion each year on fossil-fuel subsidies, and current energy prices are already distorted by the market’s failure to account for climate change. It would be easier and much cheaper to subsidise clean energy today than it will be to clean up the climate crisis after another decade of fossil fuel dominance.

Beyond renewables, Singapore has the wealth and requisite high-emitting facilities to serve as a testing ground for next-generation CCS technologies. The country should scale up carbon capture and storage (CCS) technology, investing in cutting-edge research and engineering hubs that enhance the cost-effectiveness and energy efficiency of CCS while expanding markets for carbon output. These innovations will create jobs in Singapore and enhance the region’s – and the world’s – capacity for becoming carbon negative. This is essential if the world is to meet the Paris Agreement’s goal of containing global temperature rise within 1.5 degree Celsius.

Singapore has the opportunity and ability to enact strong, forward-looking climate policies and drive mitigation efforts in the region. In shifting the economy away from oil and gas, Singapore’s government should also reduce the supply and demand of complementary petroleum goods like plastics, as rampant plastic production merely increases fossil fuel companies’ revenues while expanding the public climate burden.

A number of countries in Asia, including South Korea, Bangladesh, and China, have recently banned single-use plastics. Considering Singapore’s relative size, the island nation could readily enact a similar ban. The main challenge for Singapore, in determining a plan for decarbonisation, is one of will and not might.