While the latest climate negotiations held in Madrid (COP-25) were widely panned as a “lost opportunity” and one of the worst outcomes in the history of the multilateral process, there were a few bright spots of optimism for the role of cities, regions, companies and other “non-state actors,” in small parts due to the contributions of the Data-Driven EnviroLab (Data-Driven Lab). On Dec. 4-5, the United Nations Framework Convention on Climate Change (UNFCCC) Global Climate Action team hosted a workshop and high-level summit, “Pressing Record on Climate Action” that highlights the need to track and assess implementation of climate efforts starting in 2020.

A one-day workshop on Dec. 4 convened members of the climate analytic community, including the Data-Driven Lab, to map out a core set of metrics that could track the progress of both individual non-state and subnational climate action as well as those of international cooperative initiatives. The starting point for the discussion was a framework (Figure 1) developed at a workshop Data-Driven Lab hosted with Oxford’s Blavatnik School of Government in February 2019.

Following the workshop, the UNFCCC Global Climate Action team convened a high-level segment on Dec. 5 that included comments from Climate Champion for Chile, Gonzalo Muñoz, and Luis Alfonso de Alba, Special Envoy of the Secretary-General for the 2019 Climate Action Summit. There, a collective statement on the climate analytic data community’s commitment to assist governments and the UNFCCC in measuring and tracking non-state climate action progress was presented for adoption and consideration by the high-level representative. The full text of the statement can be found here.

In the negotiating arena, the role of cities, regions and companies in achieving the Paris Agreement’s goals were emphasized in the final text of the COP-25 decision (Figure 2). One-sixth of the 36 bullets in the text focused on these “non-Party stakeholders” and their role in supporting national governments in climate mitigation and adaptation and building momentum to enhance global ambition. These inclusions are encouraging signals that provide recognition of the critical role all actors have to play in achieving global decarbonization. 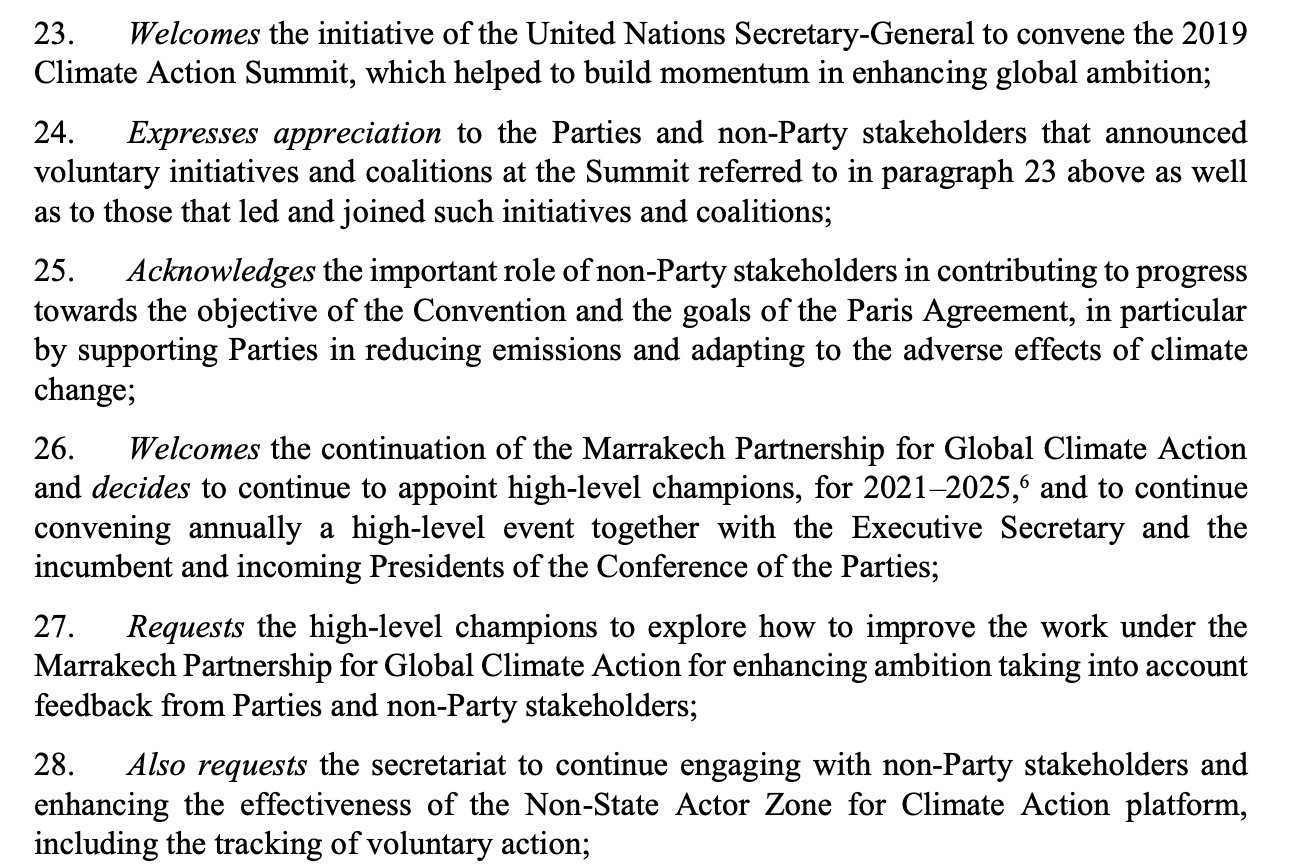 Figure 2. Portions of the COP-25 Decision text that emphasize the role of cities, regions, and companies in achieving the Paris Agreement’s goals.

Stay tuned for more updates on how Data-Driven Lab’s work on tracking city, region, and company climate commitments will evolve to support this international effort.