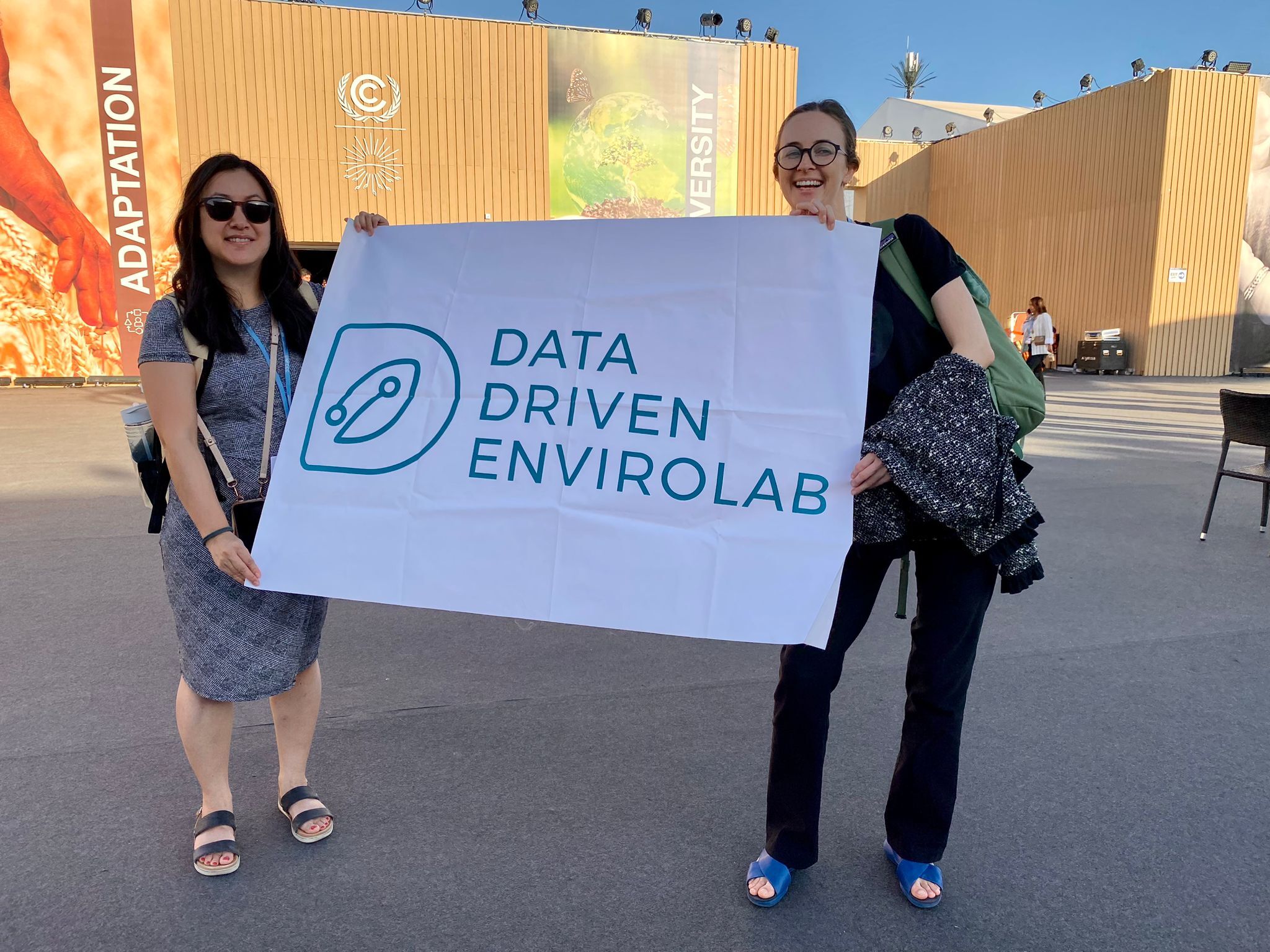 Last month, the Data-Driven EnviroLab (DDL) participated in the United Nations COP27 Climate Conference to share our work in multiple domains. Here’s a recap of the major themes where the DDL contributed research and insights.

We have work to do to improve the usability and interoperability of climate data so that we can track global climate ambition and progress of actors – especially non-state actors, or NSAs – towards their climate action goals.

This challenge was front and center at COP27, since the Paris Agreement’s first Global Stocktake – when national governments and the United Nations Climate Change Secretariat (UNFCCC) are working to evaluate efforts to mitigate, adapt and finance climate change – will culminate in 2023 and solid data are necessary for this effort.

During the first week of COP27, our partner OpenEarth Foundation launched the OpenClimate Network, an online platform connecting climate data at multiple scales. DDL worked with OpenEarth to design the portal, which provides a way to ‘nest’ climate data and compare a city’s climate data to its national government. You can watch a recording of the launch event here. 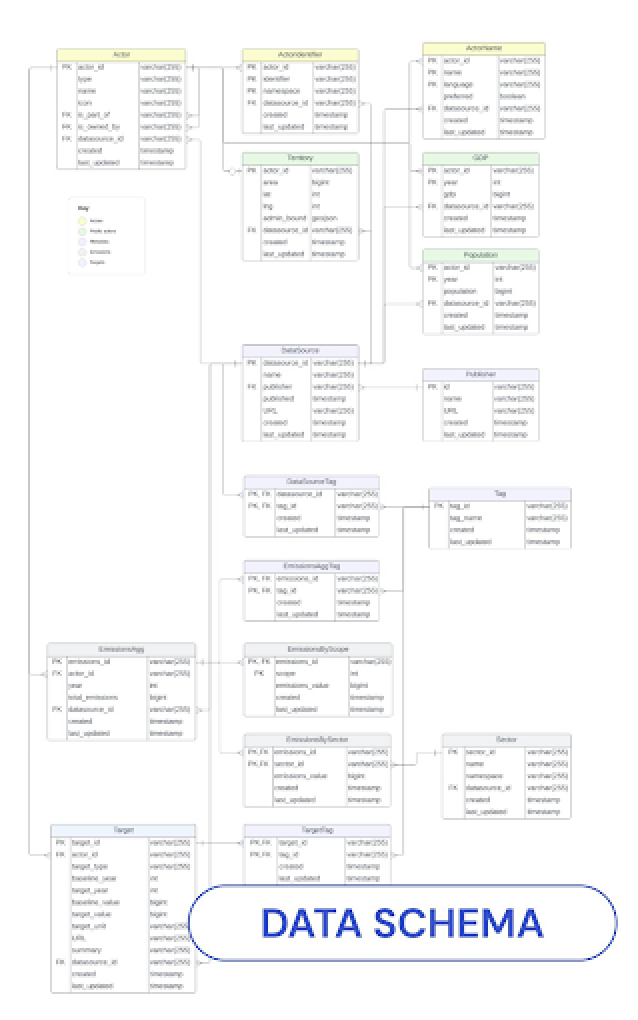 Climate data is incredibly heterogeneous and fragmented. Dozens of methods, assumptions, and boundary definitions mean that an emissions datapoint (tCO2 or CO2e) are not meaningful without metadata (data about the data) and other critical information.

Data-Driven EnviroLab worked with OpenEarth to build a data model, a way of explaining how different variables relate to each other, that allows for harmonization between different datasets. Here’s a look at our open data model/schema to help identify necessary metadata and indicators that would help unpack a single emissions datapoint.

The OpenClimate Network is a first step towards this “Climate Internet”, or a federated data commons that allows for a decentralized approach to data sharing, protecting privacy, data provenance, and ownership. We make this point here in a Nature Portfolio correspondence.

Towards this goal, we have built the Climate Action Data 2.0 community to build a network of digital technologists, climate agents, policy actors to build and mobilize this future. 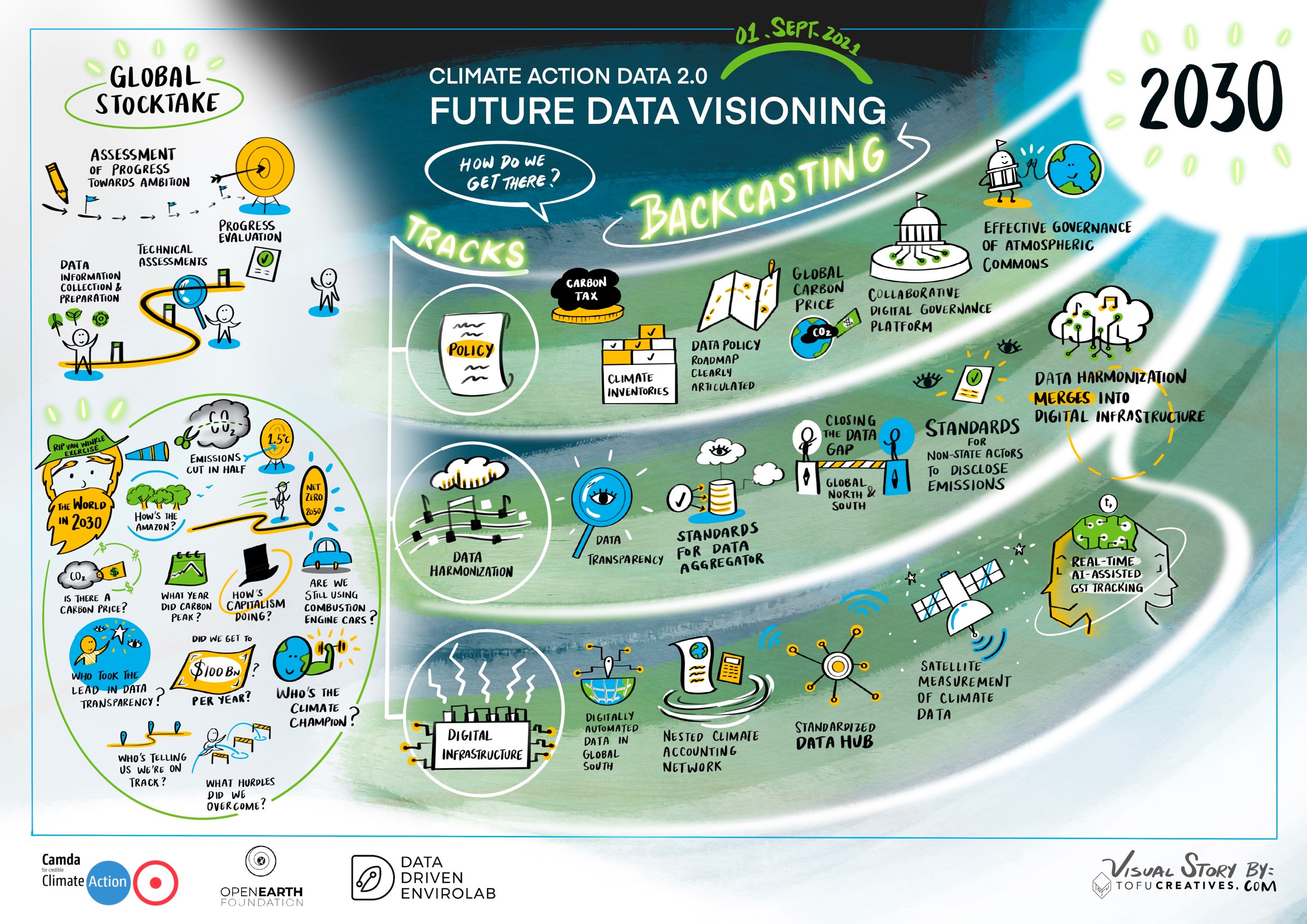 There were a lot of COP27 announcements of new data platforms, from Bloomberg’s Net-Zero Public Utility to Carbon Call. Although these efforts may risk greater data fragmentation, sticking to decentralized & open data ethos should allow for decentralized architecture to connect them.

DDL partnered with OpenEarth Foundation in the months leading up to COP27 to host the first-ever Global Stocktake (GST) Climate Datathon to analyze and visualize global progress towards climate mitigation, adaptation, and finance goals.

The GST Datathon launched late September at #NYCClimateWeek and participants had ~2.5 weeks to hack a prompt. We had more than 100 participants tackle challenges ranging from carbon trading to ocean resilience to understanding the complicated network of  international cooperative initiatives.

A team of expert judges selected two winning submissions: Team Turn the Tide and Team ActInsight, who presented their findings at COP27. 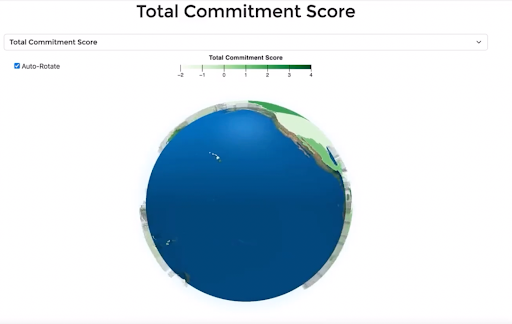 Team ActInsight developed an interactive visualization platform that allows exploration of membership in 150 international cooperative climate initiatives and built all data into an open API.

Arboertica and a student team from Yale School of the Environment were also awarded by judges for their entries on ocean resilience and carbon trading.

Here are our key takeaways: 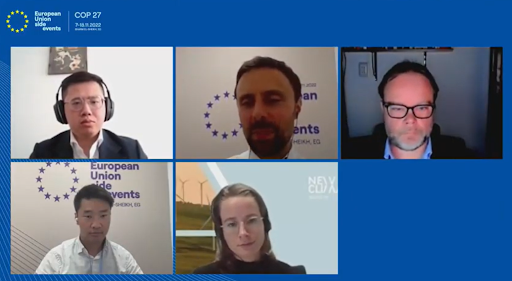 DDL research scientist Zhi Yi Yeo discussed these findings at a side event hosted by European Union Climate Action, where he spoke on a panel which included other authors and DDL collaborators on this report. Zhi Yi highlighted results from the report’s analysis of cities and regions, while Mark Roelfsema of the PBL Netherlands Environmental Assessment Team spoke about targets set by businesses. You can watch a recording of the panel here.

There is cause for cautious optimism – in cities and regions, we have seen momentum slowly increasing in terms of target-setting, post-2020. In summary, lots of work is left to be done to ensure actors meet these goals, to accomplish 1.5°C, or even 2°C warming and avoid disastrous climate scenarios, and we all have a part to play in stepping up to make it happen.

At COP26 in Glasgow, UN Secretary Antonio Guterres warned that the world needs to stop ‘treating nature like a toilet,’ taking aim at the growing number of cities, regions, companies and financial institutions racing to set net-zero goals that are often opaque and incredulous. The Net Zero Tracker shines a light on these entities, pointing out who is making good on these pledges and who might be greenwashing.

A High-Level Expert Group on Net Zero Integrity launched their long-awaited recommendations for how non-state Actors can set robust net-zero pledges during the first week of #COP27:

DDL and the Net Zero Tracker consortium released an analysis during COP27 to provide a sense-check for where non-state actors stand on these guidelines. Unfortunately, we found an overall credibility deficit of net-zero targets, with fewer than 20% of national and subnational governments and only one third of the world’s largest publicly listed companies meeting minimum integrity standards. 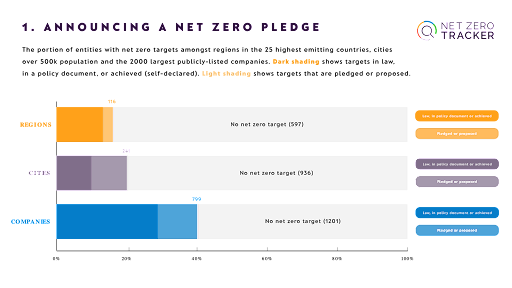 DDL hosted a side event with the Energy and Climate Intelligence Unit on ‘Balancing net zero integrity & momentum’ with two of the experts on the high-level expert group, Arunabha Ghosh and Jessica Omukuti, and other members of the Net Zero consortium, Drs. Thomas Hale and Angel Hsu, to discuss the current state of play and what is needed moving forward.

Capacity building around data collection and reporting is needed, including investments in next-generation digital technology that can help us get the speed and scale needed to diagnose issues like greenwashing when it happens.

Watch the full side event here.