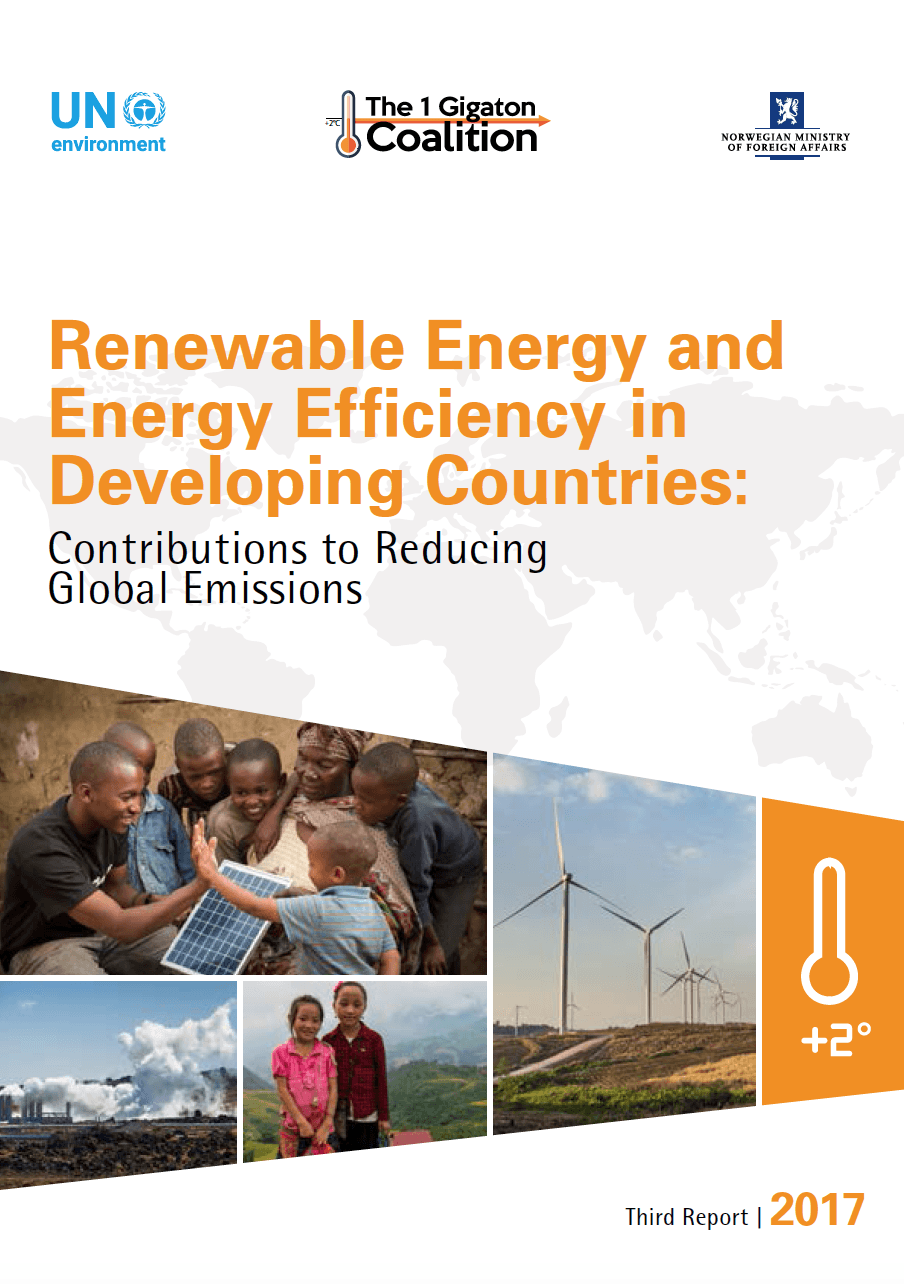 The third annual 1 Gigaton Coalition report, “Renewable energy and energy efficiency in developing countries: contributions to reducing global emissions,” launched Oct.31 at a release event in Paris. This year’s report expands on two previous iterations, quantifying the emissions impacts of internationally supported renewable energy (RE) and energy efficiency (EE) projects in developing countries, exploring cases where RE and EE programs and policies are put into action, and innovating methods for assessing the climate impacts borne out by RE and EE initiatives. This research advances the 1 Gigaton Coalition’s mission of supporting international efforts to measure and report greenhouse gas (GHG) emissions savings resulting from RE and EE projects and policies. In collaboration with the Renewable Energy Policy Network for the 21st Century (REN21) and the UN Environment Programme, Data-Driven Yale led the research, analysis, and writing efforts to produce the report.

The first 1 Gigaton Coalition report, released in 2015, aimed to quantify RE and EE contributions to narrowing the 2020 emissions gap – the gap between countries’ climate action, and the additional emissions reduction needed to limit global warming to 2 degrees Celsius (2°C) and avoid the most costly and dangerous impacts of climate change. Researchers created a database of 42 RE and EE projects in developing countries, which were supported by bilateral institutions and funds, such as national development agencies, and/or multilateral development banks and partnerships, such as The World Bank or the Global Environmental Facility, The first report found that scaling the database’s emissions reduction to all internationally supported RE and EE projects in developing countries could result in emission reductions on the order of 4 GtCO2 in 2020, compared to a no-policy baseline scenario.

The second 1 Gigaton Coalition report, released in 2016, refined the approach developed in the inaugural 2015 report, expanding the database of internationally supported RE and EE projects in developing countries from 42 to 224. The 2016 report estimated that all internationally supported RE and EE projects would reduce emissions by up to 0.4 GtCO2 annually in 2020, and that if public finance goals for climate mitigation were met, supported projects could reduce emissions by 1 GtCO2 per year in 2020. 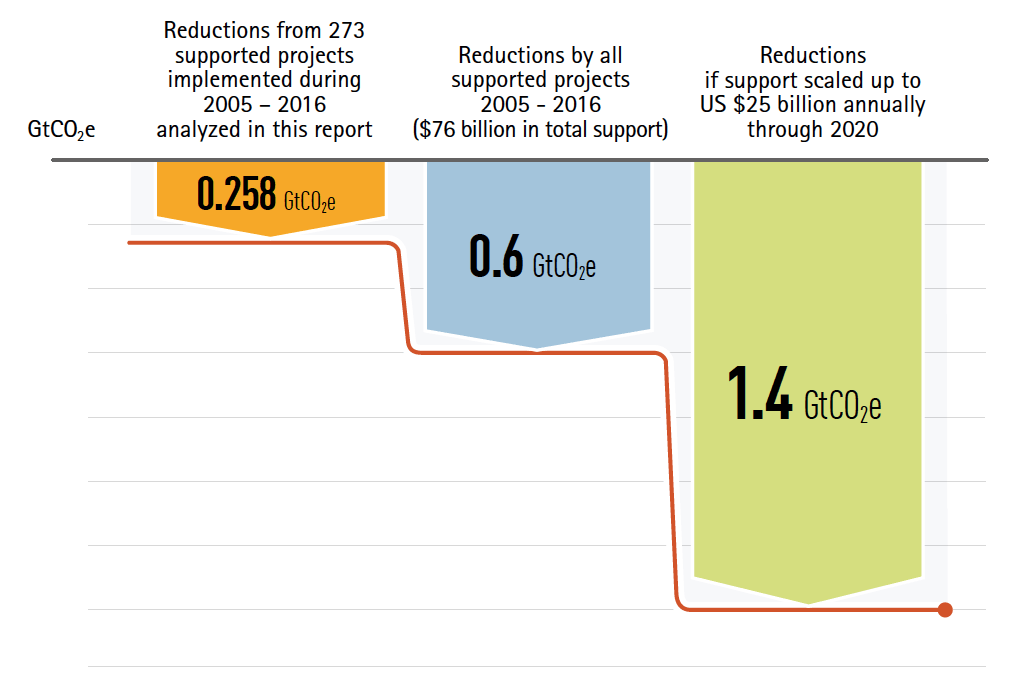 In addition to expanding the project database and calculating a revised estimate of potential greenhouse gas emissions reductions from internationally supported RE and EE initiatives, the 1 Gigaton Coalition 2017 report synthesizes a methodological approach to evaluate the 1.5°C- and 2°C-compatibility of RE and EE projects. This analysis provides science-based criteria for 1.5°C and 2°C-compatibility at the sector level and demonstrates how these criteria could be applied to RE and EE projects. In other words, it outlines considerations funding agencies could draw on to determine whether or not a project is in line with the Paris Agreement’s goal of keeping global temperature “well below” 2°C. With this research, the 2017 report innovates new methods for determining a sector or project’s compatibility with international climate goals.

Like the 2015 and 2016 iterations, the 2017 report gives an in-depth look at real world cases of RE and EE initiatives in developing countries. It includes a new focus on urban RE and EE programs throughout the world that create benefits to human health, the economy, and environment. Case studies depict collaborative initiatives in which the public sector and private companies work together to develop, implement, and scale climate action which also fosters sustainable development.

With today’s launch of its third report, the 1 Gigaton Coalition uses several approaches to show policymakers, financiers, and project implementers how RE and EE initiatives can help societies achieve global sustainable development goals while meeting international climate targets. The quantitative emissions reduction estimates demonstrate how national governments could enahnce their climate ambitions, while the 1.5°C and 2°C compatibility analysis is intended to guide bilateral and multilateral partners and implementing countries in determining which policies, individual projects, and entire sectors are consistent with 1.5°C and 2°C scenarios. The case studies give concrete evidence for RE and EE programs’ abilities to nurture societal co-benefits while reducing GHG emissions. The 1 Gt Coalition will carry this work forward, aiding international groups in their efforts to reduce global GHG emissions and promote sustainable, equitable development.