Press Release: Most cities burdening low-income residents with unfair share of environmental hazards, according to Index that will launch at the World Urban Forum on Feb. 9 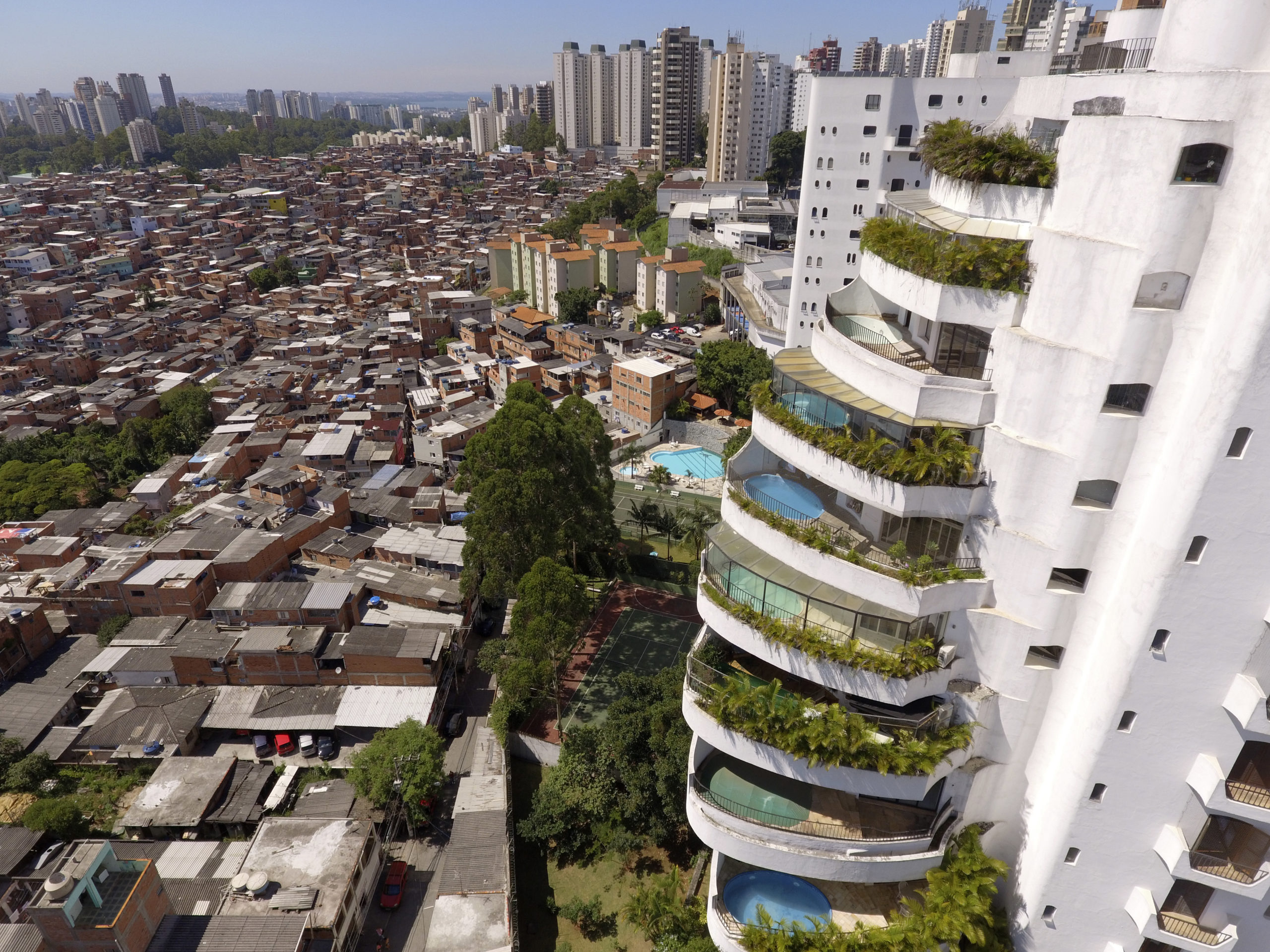 A scene of social inequality in São Paulo, Brazil’s biggest city: the Paraisópolis Favela sits next to high-rise luxury buildings. Image by Costa Fernandes, via Shutterstock.

Low-income neighborhoods often miss out on their fair share of environmental benefits, even in cities recognized as environmental leaders. A handful of cities show how to enact more equitable environmental management.

To be launched at the World Urban Forum on Feb. 9 by Data-Driven EnviroLab (Data-Driven Lab), in collaboration with the Samuel Centre for Social Connectedness, the Urban Environment and Social Inclusion Index (UESI) merges satellite, census, and crowd-sourced data, to measure two aspects of urban performance: cities’ overall progress towards environmental goals, and how fairly or unfairly their performance is distributed across a city.

“Most urban indices treat cities as a whole. While it’s important to understand a city’s overall progress towards environmental goals, the Index demonstrates how the lived experience of a city can change dramatically based on what you earn and where you live,” said Dr. Angel Hsu, Assistant Professor of Environmental Studies at Yale-NUS College and the Principal Investigator of the UESI. “Tracking these kinds of metrics is vital to integrating discussions about equity into cities’ sustainability approaches.”

The Index finds that wealthier cities in developed countries often score highest in terms of their overall environmental performance. However, a disproportionate share of environmental benefits in these cities flow to wealthier communities. In contrast, many cities in emerging economies, particularly in China, India, and Africa, expose all of their residents – both rich and poor – to burdens like higher levels of air pollution and lower levels of tree cover, byproducts of these areas’ rapid development. 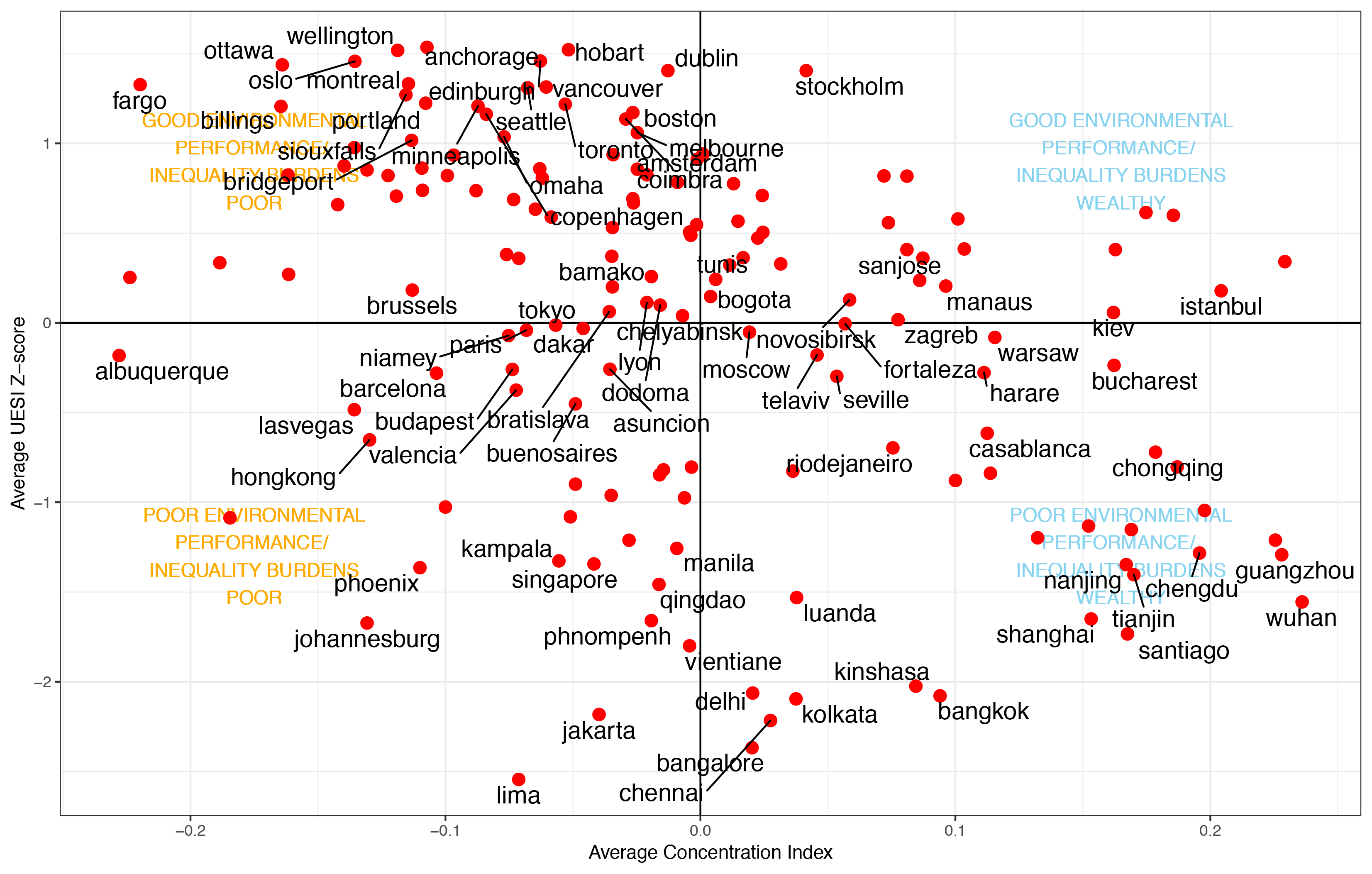 The results underline the need to address equity globally – to ensure developing and emerging economies can access the resources needed to grow sustainably – and locally, to be sure strong urban performance benefits all citizens. Cities that perform well on both environmental and equity indicators could offer strategies for stronger performance. These include cities like Amsterdam and Stockholm, which frequently top environment and livability indices, as well as lower-profile examples, such as Perth, Bogotá, Tunis, and Lisbon.

“There are enormous synergies between social connectedness and environmental performance. Environmental burdens can put vulnerable populations at an even greater risk, while access to resources like green space and transport can build more connected and resilient communities,” said Kim Samuel, Founder of the Samuel Centre for Social Connectedness (SCSC) in Canada. “The UESI’s results demonstrate the need to make equity an active part of urban and development interventions, in cities around the world.” 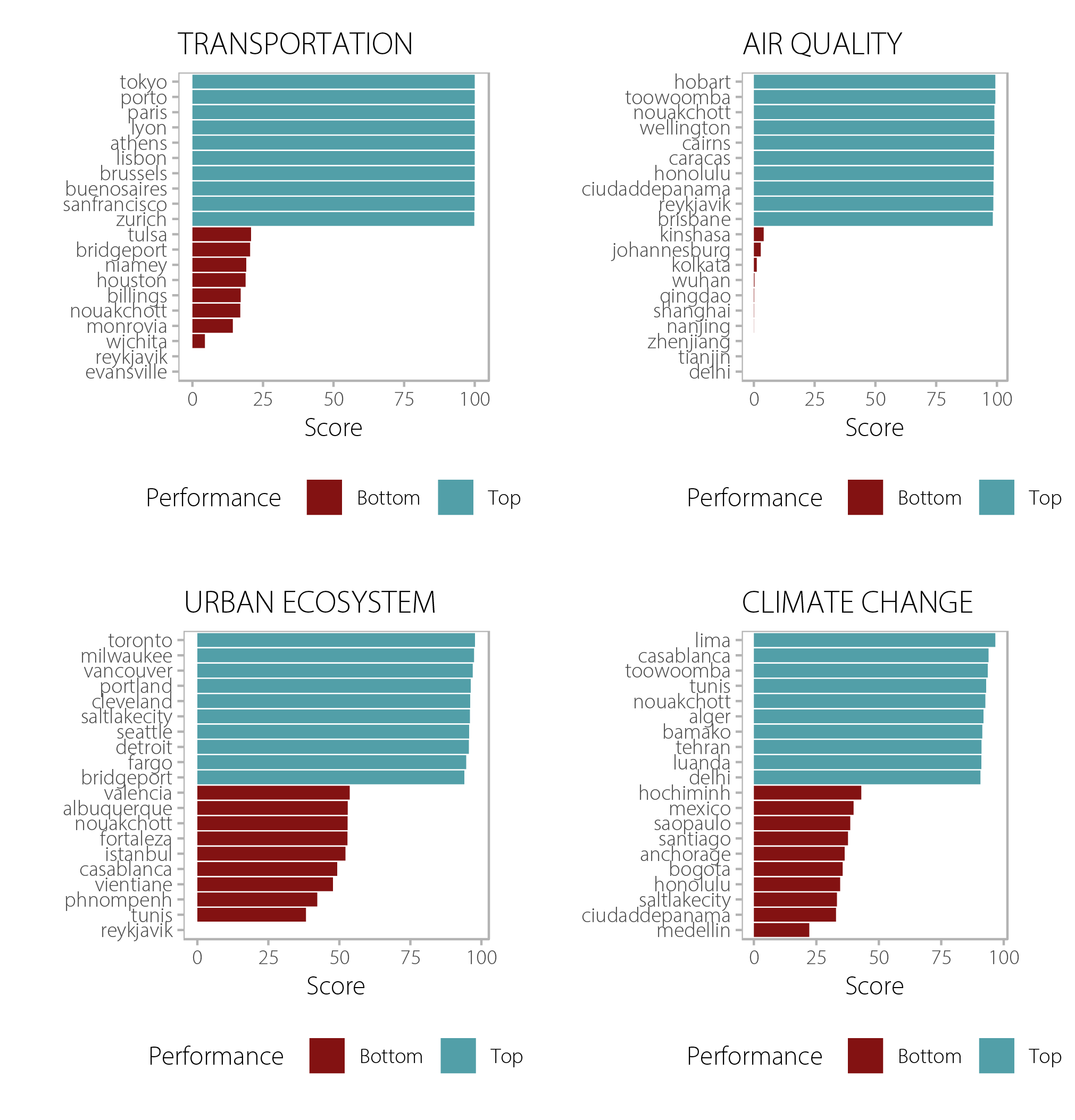 Figure 2. Top and bottom performers for four of the UESI issue categories, based on average indicator scores.

The Index also provides a big-picture look at cities’ performance on some of the defining challenges of urban sustainability. Key findings include:

The UESI will be launched at the 10th Session of the World Urban Forum, as part of its Urban Library series. This year, the Forum will bring over 16,000 participants from across 168 countries together, to explore the ways culture and innovation can drive sustainable urbanization. Tools like the Index, which help map the ways environmental quality of life vary within a city, can provide a powerful basis for making the invisible variations in environmental quality of life visible, sparking conversations and collaborations between local communities and urban policymakers.

“Cities will be a vital part of delivering the world’s commitment to fostering sustainable, inclusive growth. Achieving the Sustainable Development Goals – a global roadmap for a safe, inclusive future – will depend, in large part on cities, but scare data tracks their progress,” said Amy Weinfurter, a Research Associate with the Data-Driven Lab who will be presenting the UESI at the World Urban Forum Meeting on Feb. 9. “The UESI’s approach has created a dataset with an unprecedented level of coverage and detail, making it possible to fill these data gaps, and empowering cities to benchmark their performance and learn from each other.”

The UESI’s findings and interactive portal can be explored at: http://datadrivenlab.org/urban/.

The Data-Driven EnviroLab (Data-Driven Lab) is an interdisciplinary and international group of researchers, scientists, programmers, and visual designers based at Yale-NUS College, Singapore. The Data-Driven Lab uses innovative data analytics to distill signals from large-scale and unconventional datasets and develop policy solutions to contemporary environmental problems. Working with scholars and policymakers across the globe, the Data-Driven Lab strives to strengthen environmental policy at all levels. The group promotes evidence-based approaches to problem solving, while boosting information disclosure and transparency among public institutions, private companies, civic organizations and individual citizens.