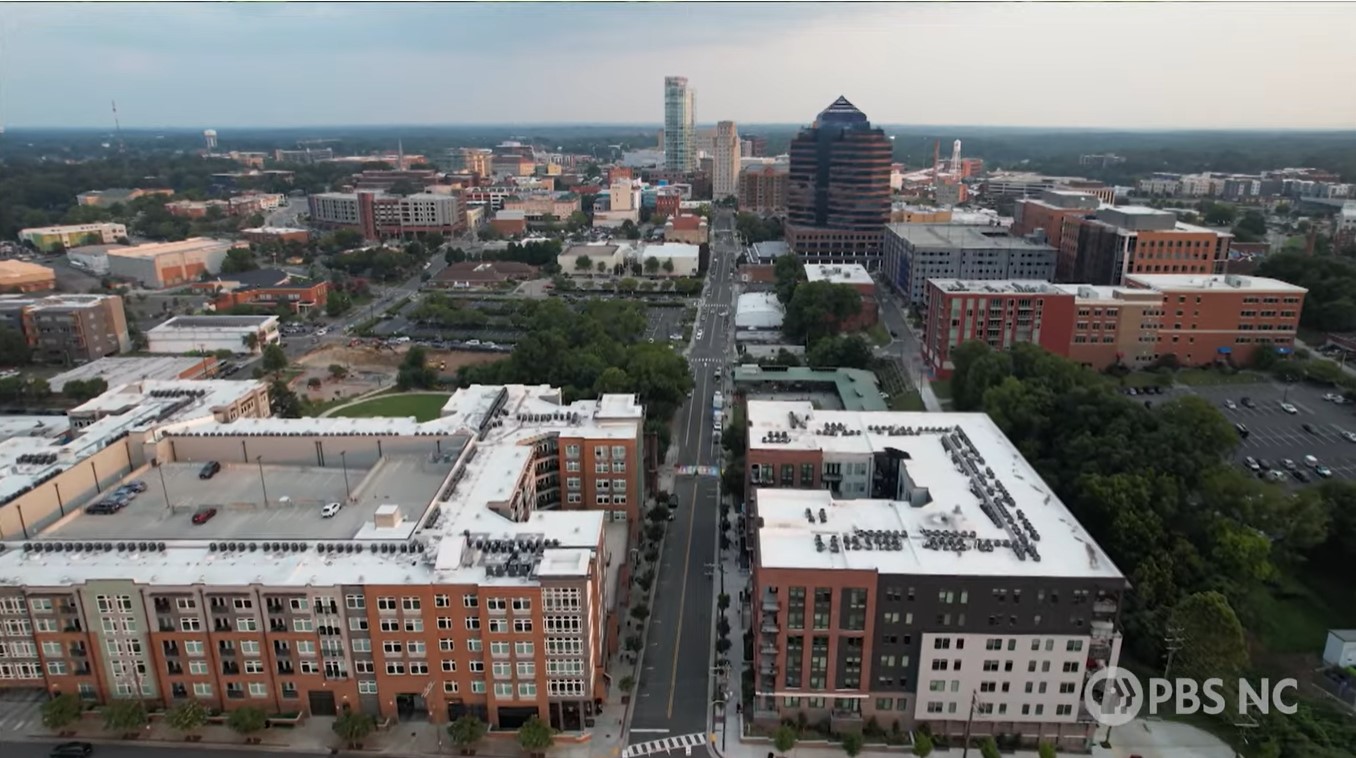 The urban heat island (UHI) effect is the temperature difference between urban and rural areas, with built infrastructure leading to hotter temperatures than grassy, forested or natural landscapes.

Impervious services like roads and buildings that dominate urban areas can dramatically increase surface temperature by absorbing and reemitting heat. Conversely, natural landscaping like trees, grass, and moss can reduce temperature impacts through providing shade and undergoing evapotranspiration, which cools the air by using heat energy to convert water from the plant into vapor.

Currently, temperatures are measured by weather stations that generally represent large areas. This is an issue because it ignores the strong localized effects that green spaces and unnatural built infrastructure, like parking lots and concrete buildings, can have on temperatures, especially in urban areas where the built infrastructure could differ dramatically block to block.

“We experience temperature variably throughout an urban area,” said Dr. Angel Hsu in the PBS episode. “The problem is, is that the existing data from weather stations is not fine enough to actually measure those differences.”

To get a more accurate look at how heat can vary in urban areas across the Triangle, the PBS video highlights the partnership between the NC Museum of Life and Science and local researchers in Raleigh, Durham, and Chapel Hill to host city-wide citizen science heat watch campaigns during the summer of 2021.

In Raleigh and Durham, citizen scientists collected data via bike and car sensors. The routes were developed in collaboration with local organizations and community members and traveled in the morning, afternoon, and evening to get an accurate measure of temperature and heat readings throughout the day.

“The data did indeed show that there were urban heat islands,”said Max Cawley, Program Manager at the NC Museum of Life and Science. “It also found that there are existing heat disparities on that neighborhood by neighborhood or sometimes block by block level. 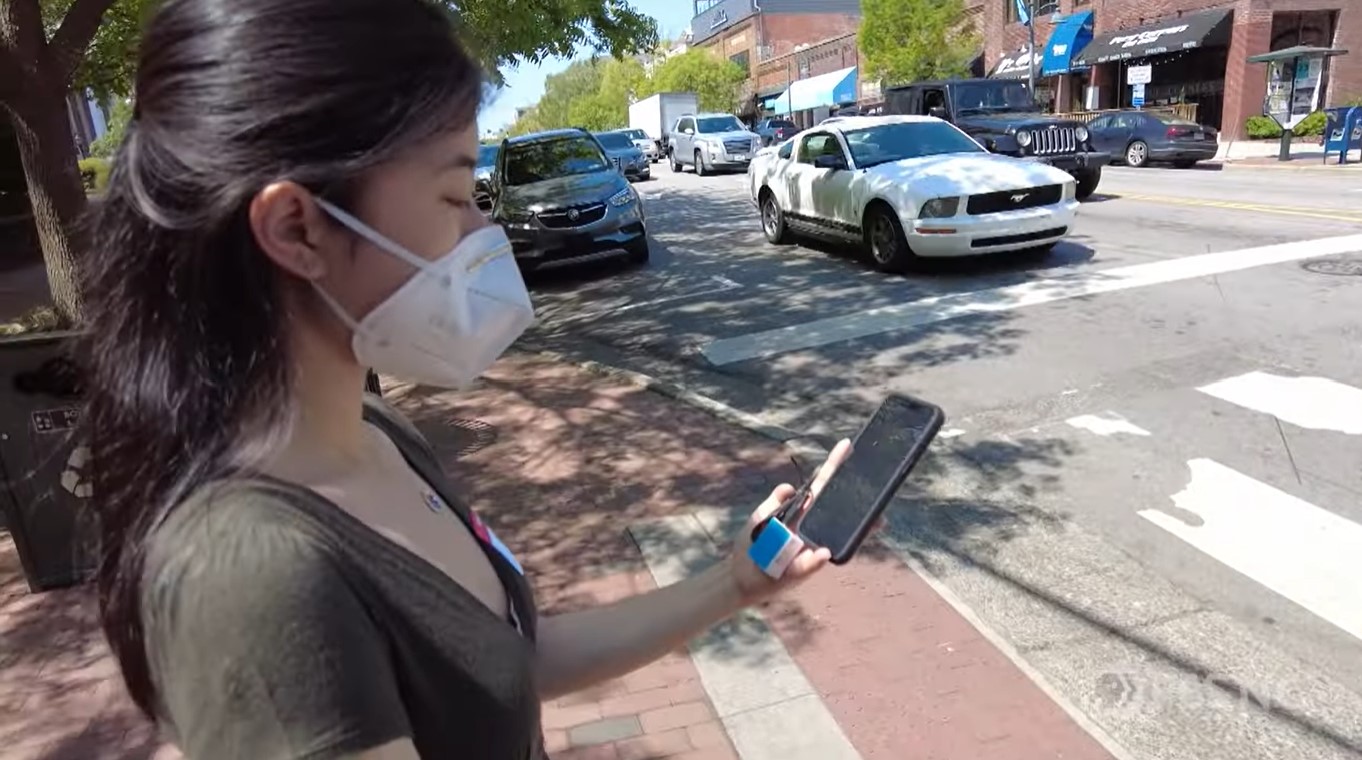 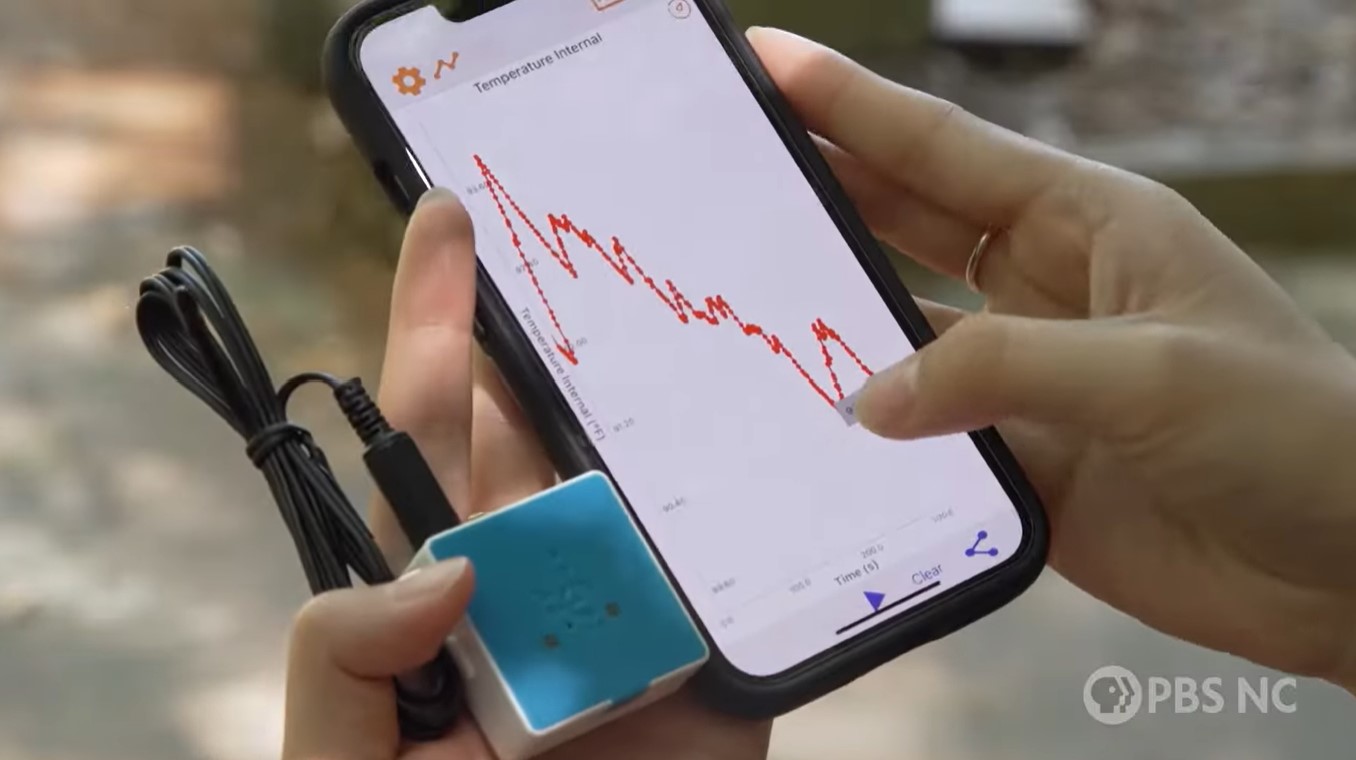 DDL partnered with the NC State Office of Climate and the NC Museum of Life and Science to lead the charge in Chapel Hill. The lab equipped volunteers with handheld sensors from Pocketlab to measure temperature and Cozie, a customized iOS application, to measure volunteers’ perceptions of heat and relative comfort.

Analysis of this data found that there were dramatic temperature differences and heat perception differences within Chapel Hill neighborhoods. These results and findings are reported in the Chapel Hill Heat Watch 2021 Campaign Report.

More recently, in April 2022, DDL used data collected in the Chapel Hill, Raleigh, and Durham heat watch projects to host #HeatHack2022, during the NC Science Festival where nearly 40 volunteers were tasked with identifying, answering, and presenting on actionable solutions to address the heat or environmental issues in the Triangle area. 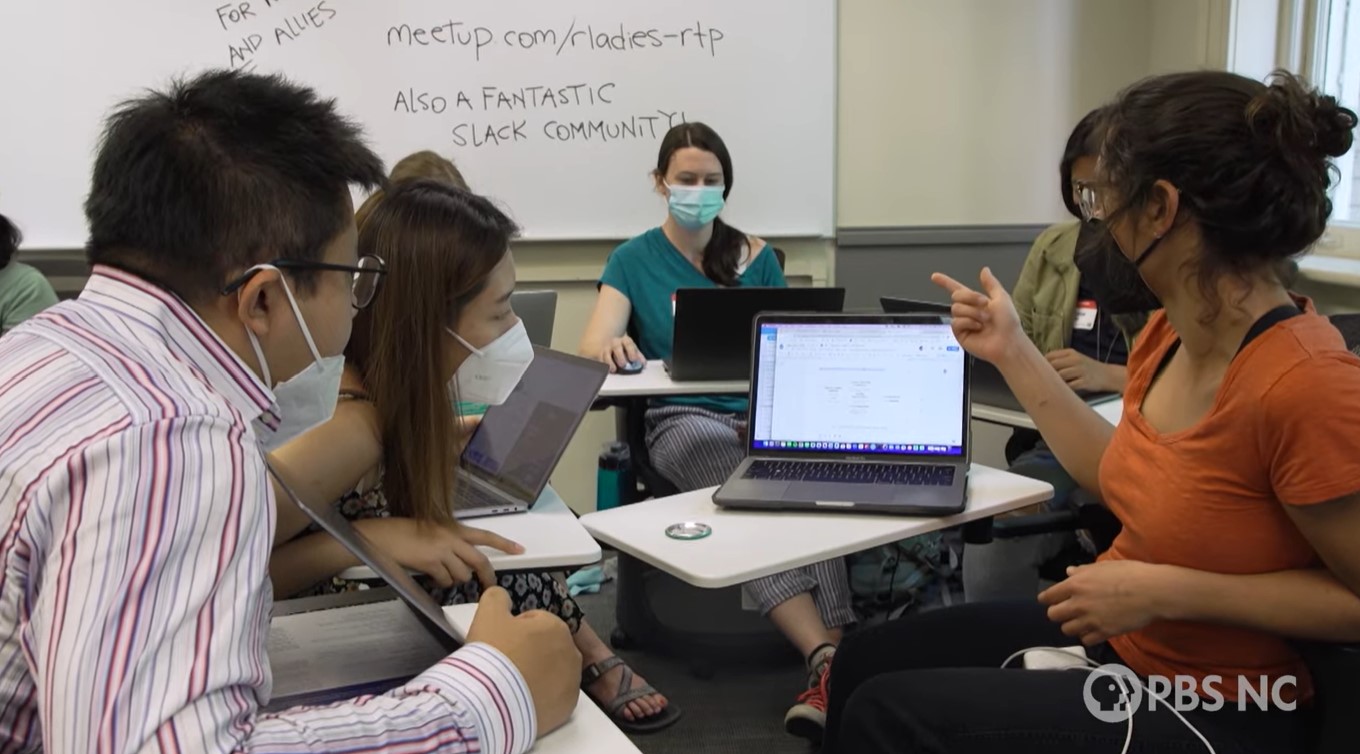 “The idea of a science-data hackathon,” said Dr. Hsu in the PBS episode, “is to open up the data, get mentors, people who are climate scientists or have some knowledge about urban heat or public health, and get people to come together to try to come up with creative solutions, data analysis, visualizations, to help better understand the problem of urban heat exposure and what we can do about it.”

DDL’s research on the urban heat island effect is ongoing. Next week, Dr. Hsu will be speaking on a panel hosted by Knowable magazine titled, “Rethinking Cities in the Face of Extreme Heat.” You can read the accompanying print article here, where Dr. Hsu sat down for a Q&A about her and DDL’s work studying urban heat.