DDL Director Angel Hsu is part of a UNC interdisciplinary team that secured a $900,000 grant from the Henry Luce Foundation through its Initiative on the study of Southeast Asia. The project “Bringing Southeast Asia Home,” coordinated by the Carolina Asia Center, will help both DDL and the university further academic and cultural exchange with counterparts in Southeast Asia. 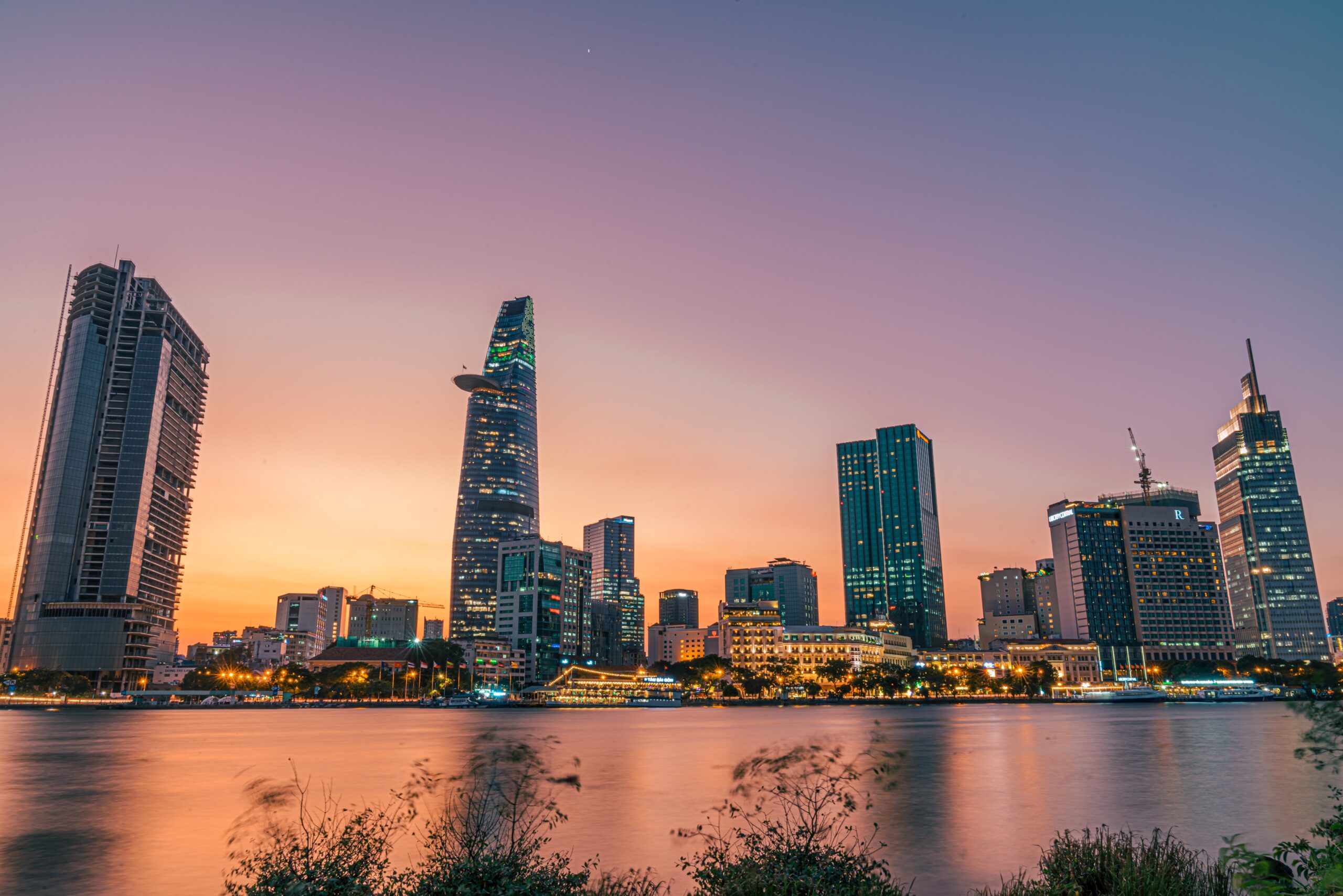 For this initiative, Data-Driven EnviroLab, an interdisciplinary research group with policy experts and data scientists, brings perspectives and insights on urbanization and environmental sustainability in Southeast Asia. Several DDL projects have links and relevance to Southeast Asia:

Major investment projects like China’s Belt and Road Initiative (BRI) are impacting overseas recipient countries in Southeast Asia in numerous ways. The project investigates Chinese investment data along with urban change data from high-resolution satellites, aiming to uncover how these investments may play a role in urbanization or other land cover/ land uses changes within the receiving cities and the Southeast Asia countries, specifically Laos, Viet Nam, Cambodia, Thailand, and Myanmar.  DDL Director Angel Hsu received a $10,000 Faculty Development Grant that will allow the group to assess how overseas infrastructure investments from China affect land use in Southeast Asia. 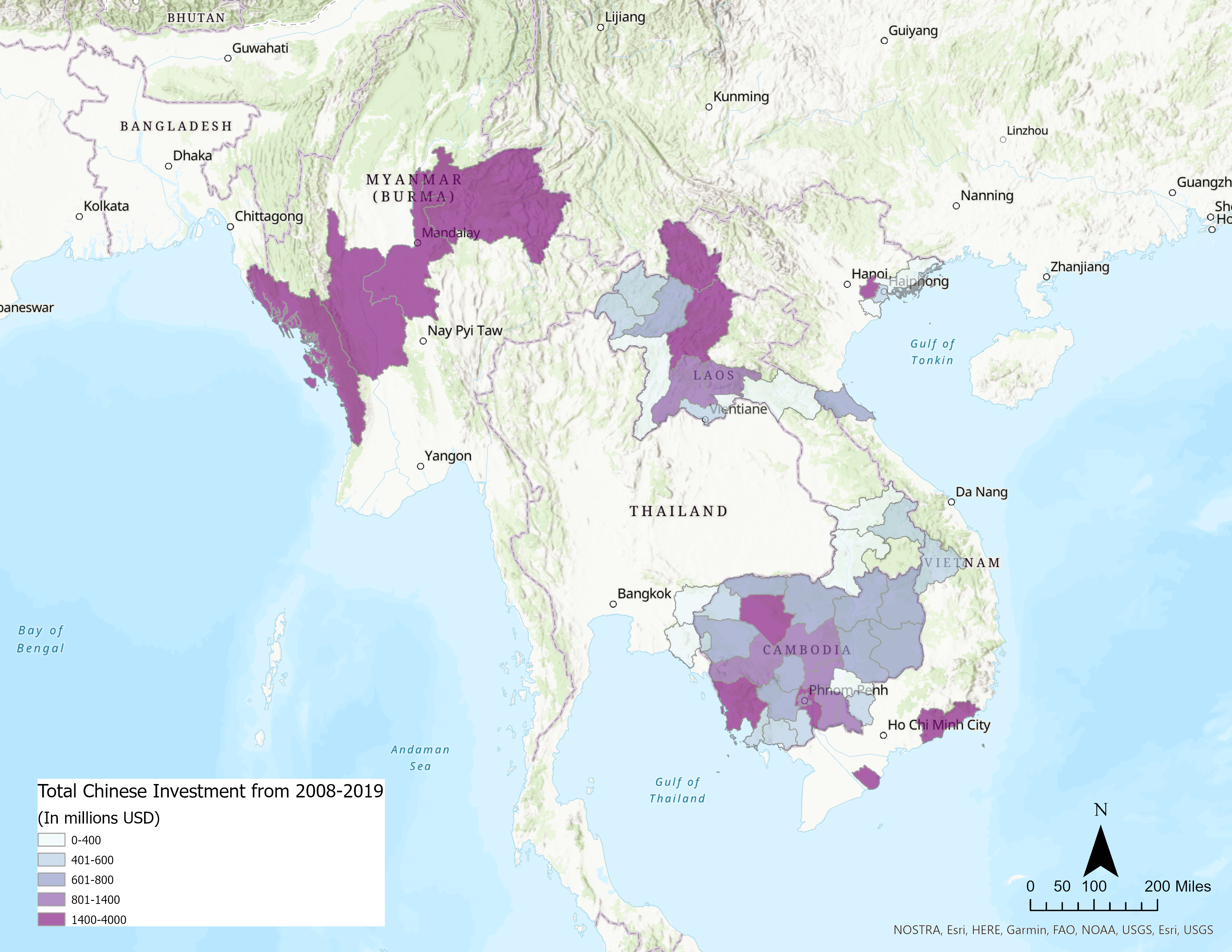 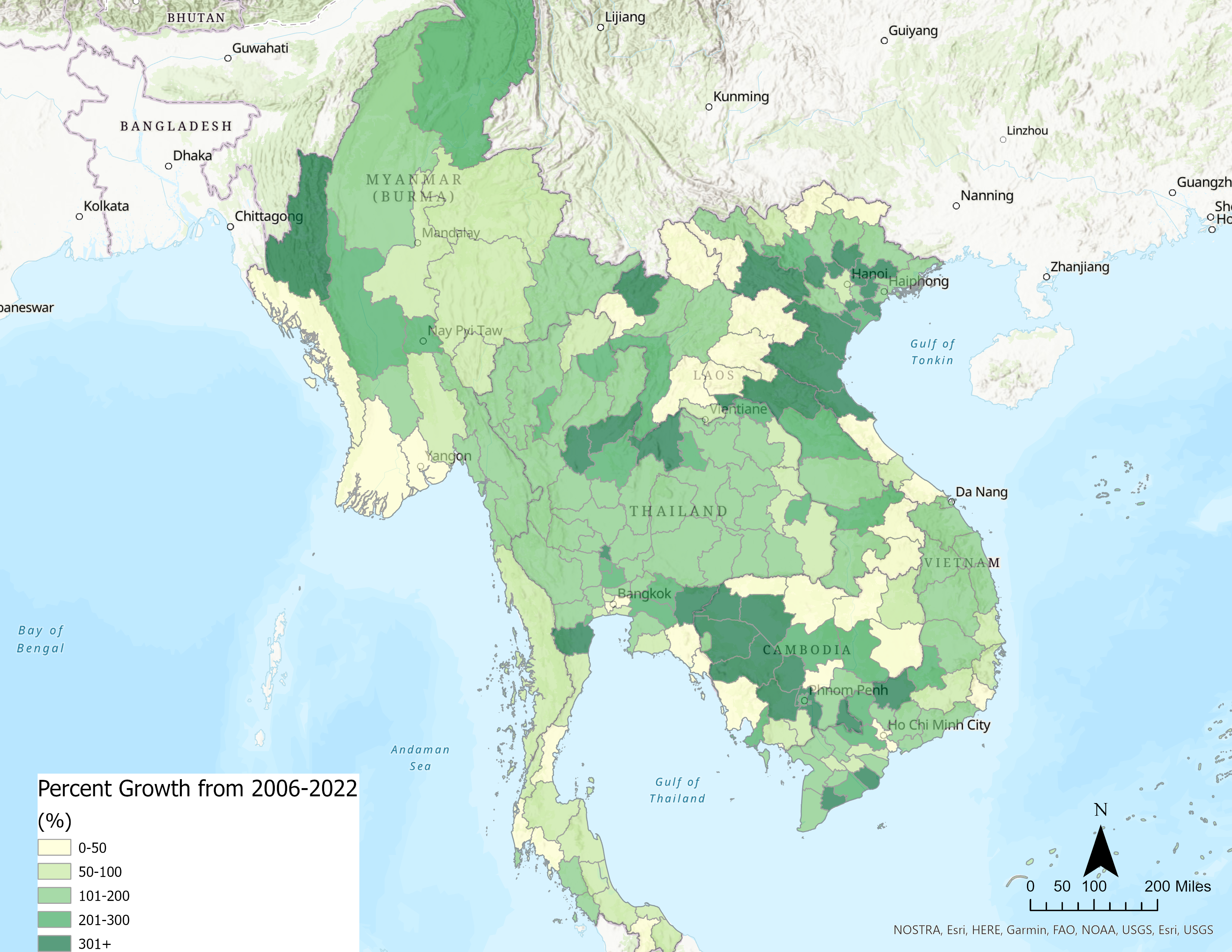 First launched in 2018, the Urban Environment and Social Inclusion (UESI) Index is a first-of-its-kind tool that leverages high-resolution, large-scale data to reveal how cities perform at the intersection of environment and social equity. Through the integration and visualization of demographic data across cities, UESI provides a novel way for cities to understand how residents living in the same city experience urban environments in vastly different ways, helping decision-makers better target future policy interventions.

As of 2022, the UESI includes nearly 300 cities around the world, with 15 located in Southeast Asia. Explore these cities and how they perform on sustainable, inclusive growth.

Cities covered in the UESI 2022 Project

On August 28, 2021, DDL held the Chapel Hill HeatWatch Campaign and sent nearly 40 volunteers armed with handheld sensors, smartphones, and smartwatches to help collect urban heat data around town. This citizen science campaign, in collaboration with the NC Museum of Life and Science and the Town of Chapel Hill, allowed us to collect high-resolution temperature and humidity data to better understand the urban heat island (UHI) effect in Chapel Hill.

In the course of our campaign, our volunteers collected more than 95 thousand data points. The findings of the campaign and our research methodology to include citizen-collected points within a machine-learning model to estimate heat stress across Chapel Hill could be replicated in cities around the world, including Southeast Asia.

In previous work, DDL has demonstrated how commitments from subnational actors can contribute to global efforts to mitigate climate change above and beyond what national governments can achieve on their own. In ongoing research efforts, DDL is working to understand and evaluate the actions that subnational actors are taking to achieve their commitments.

Under the IKEA Foundation-funded Global Climate Action project, DDL is conducting a systematic literature review and meta-analysis of case studies focusing on subnational climate action in the academic literature. This project will not only contribute to our understanding of the emissions mitigation impacts associated with different subnational mitigation strategies but also how these impacts might vary for different types of actors and global regions, such as Southeast Asia.

DDL is also currently working on the 2022 edition of Global Climate Action from Cities, Regions, and Businesses, which is slated for release in the fall of this year. This will be the fourth version of the report, which takes stock of climate commitments from cities, regions, and businesses to understand the landscape of subnational climate action and the progress of actors towards their climate goals. This year, DDL has identified 93 climate commitments across 58 cities and regions in Southeast Asia, with nearly 50% of these targets coming from Indonesia. In over 20% of Southeast Asian targets, cities and regions have set net-zero targets, signaling their commitment to contribute to the global effort to limit warming to 1.5 Celsius.