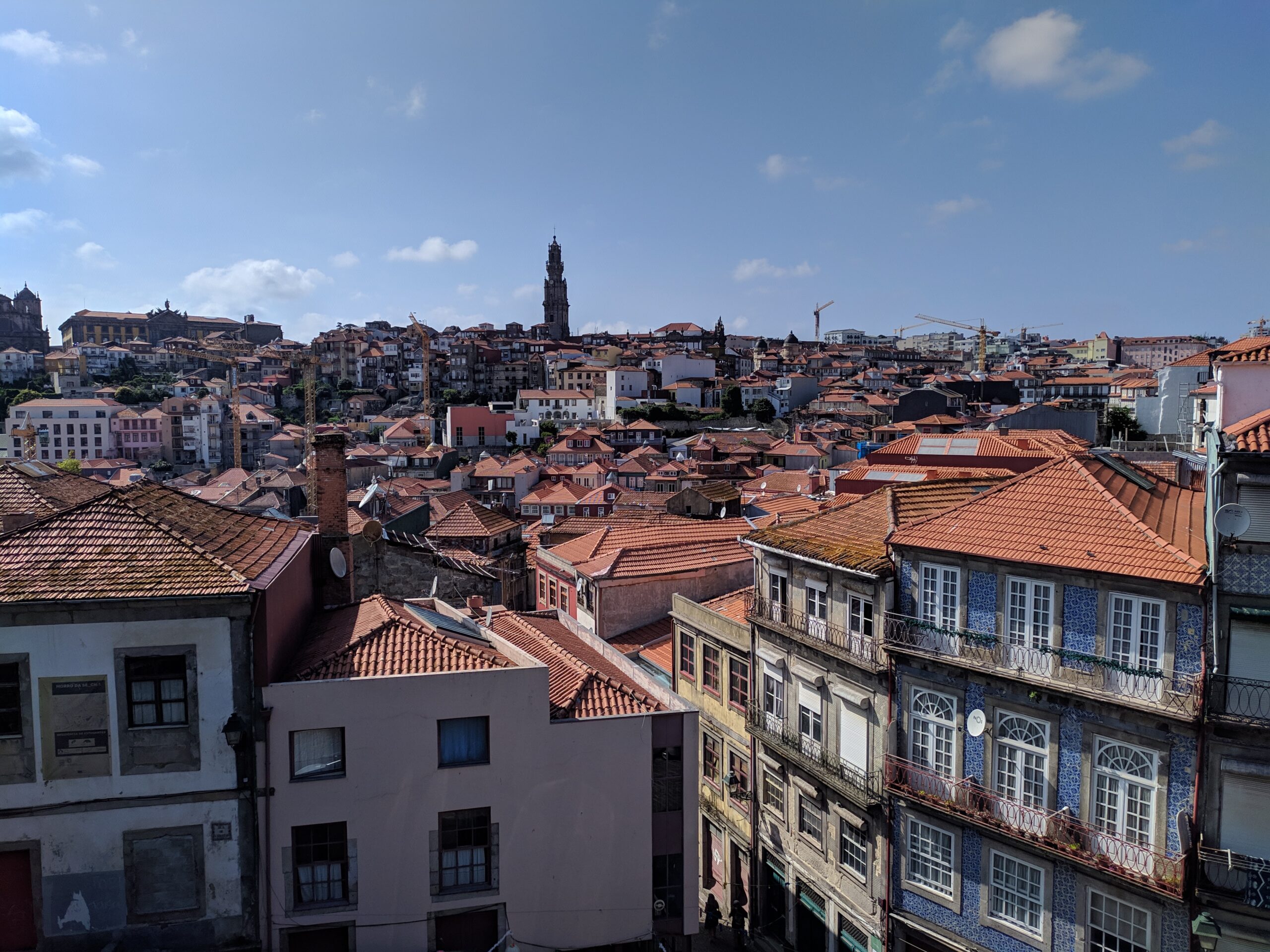 Photo by Renan Araujo on Unsplash.

This blog is cross-posted from CarbonBrief, where it was originally published.

At the time of writing, more than 10,000 cities around the world have committed to some form of climate action. These efforts range from setting emission reduction targets to adopting clean energy and sustainable transport projects, as well as energy efficiency policies.

While some city-level climate initiatives fulfill national requirements, many are more ambitious and extend beyond their respective national governments’ efforts. Subnational climate efforts may play a critical role in closing the widening emissions gap between current policies and global climate goals.

A key question, however, is whether and to what extent cities are meeting their climate commitments. Our new analysis, published in Nature Climate Change, provides one of the most comprehensive assessments of cities’ progress towards their climate goals.

Our findings show that over 60% of the more than 1,000 European cities that have monitored their performance are on track to meeting their climate target.

We investigate what factors – such as the type of climate action cities pursue and the ambition of their targets – influence progress in reducing greenhouse gas emissions and what lessons these results hold for subnational climate governance.

Determining the impact of subnational climate actions has been challenging for several reasons. In its fifth assessment report, published in 2013-14, the Intergovernmental Panel on Climate Change (IPCC) concluded that although “thousands of cities are undertaking climate action plans, their aggregate impact remains unknown”. This was due to the fact that there “are few evaluations of urban climate action plans and their effectiveness”.

The lack of data on city-level greenhouse gas emissions, limited information on policy implementation and inconsistent methodologies for monitoring progress are all cited as reasons for this research gap.

To address these issues, we compiled available data for more than 1,000 cities that participate in the EU Covenant of Mayors for Climate and Energy – one of the world’s largest subnational climate action networks. These 1,066 cities are home to almost 50 million people – approximately 11% of the EU’s population.

We then used an automated system to analyse the text of these reports to identify key themes in their climate actions and used modelling to identify their greenhouse gas emission (GHG) reductions.

Are cities on track to meet their targets?

We find that cities in this dataset have, on average, committed to reduce emissions by 24% compared to their baselines. Cities that monitor their progress and reported inventory data have already achieved about a 15% reduction in emissions, totalling 51m tonnes of CO2 between 2008 and 2019.

Assuming that they have maintained the same rate of emissions reduction, nearly 60% of the cities in the dataset are, therefore, likely to meet their climate target for 2020.

The map below shows cities that are on track with their targets (blue dots), along with those that are lagging behind (white) and those whose emissions have actually increased (red). Map of emissions reduction performance calculated for 1,066 cities in Europe, where sufficient data is available. Cities are considered “on track” if they have achieved a ⍴ value of 1 or higher; a value of ⍴ = 0 indicates insufficient achievement; a negative value (⍴ < 0) describes cities that have increased emissions. Credit: Hsu et al. (2020)

Several characteristics distinguish cities that are on track to meet their climate target from those that are not. For instance, on-track cities tend to have higher baseline emissions – approximately 5.9 tonnes of CO2 per capita compared to 4.6 tonnes for cities that are not on track – and, therefore, possibly have more scope for climate mitigation. On-track cities also had a lower climate mitigation target in comparison to cities that were not on track (approximately 23% versus 25%), suggesting that they were less ambitious.

And, as might be expected, countries with higher national emissions reductions are more likely to be home to on-track cities (3% per year) than off-track (2.4% per year).

In our dataset, Spain has the highest share of on-track cities (81%), followed closely by the UK (80%), Denmark (71%), Austria (67%) and Portugal (63%). Glasgow in Scotland, which is set to be the host of the COP26 next year, for example, is among one of the UK cities on track, having already achieved a 3.6% annual per-capita emissions reduction from 2006 to 2012. Spain, whose participating cities in our dataset only have an average of 22,658 people, boasts actors like 72km2 Murtas, a municipality in Granada, that achieved around 11% annual per-capita emission reductions between 2007 and 2012.

Countries with a moderate share of on-track cities span many geographic regions. Italy, for instance, has 48%, while Finland, Ireland, Turkey, Slovenia and Ukraine all hover around 50%. However, countries such as Belgium, Germany and those in eastern Europe – Bosnia and Herzegovina, Lithuania, Belarus, Georgia and Slovakia – have few on-track cities (less than 10%).

We find that climate performance is determined by a combination of plan-level, city-level and country-level characteristics.

Perhaps surprisingly, our results suggest that higher ambition might not lead to better performance. “Ambitious” cities – those that set targets to cut emissions by more than 21% by 2020 (the median figure across all 1,066 cities) – tend to reduce annual per-capita emissions by approximately half a percentage point less than other cities.

Our text analysis reveals six themes on which urban climate policy strategies tend to focus. The chart below illustrates their prevalence, with the longer lines indicating that the topic features in a greater number of city climate policies.

In decreasing order of prevalence, these topics include:

In comparison to any other theme, the prevalence of energy efficiency in the action plan – usually prioritised by cities that are less dense and less wealthy – is associated with higher per-capita emissions reduction.

Implications for climate governance and research

Our findings show that the majority of the cities participating in the EUCoM, which requires cities to commit to efforts that exceed or are additional to national requirements, are delivering on their climate commitments.

While our analysis shows that national emission reduction trends do relate to cities’ achievement, about 40% (432 cities) of the cities in our dataset demonstrate emission reduction trends that are steeper than what their respective national governments have achieved. This finding provides evidence of urban climate action to reduce greenhouse gas emissions beyond the scope of national governments to narrow the emissions gap.

Our work also identifies areas that might require further attention. For instance, the ambition level and targeted sectors of climate action plans strongly influence emissions reductions. Therefore, networks and cities may want to explore the mechanisms behind this and the ways cities could reflect this finding in their planning approach.

The fact that ambition does not translate directly into performance suggests that more attention should be paid to setting “science-based” mitigation targets – that is, targets that translate global emissions reductions goals for an actor’s specific emissions profile.

The relatively poor performance of cities with lower baseline emissions suggests that a blanket approach to setting targets for emissions reduction might need a rethink, as it might be more challenging and, potentially, demotivating for cities that are already less carbon intensive.

In the short-term, cities could reduce emissions further by focusing more on enhancing energy efficiency. “High-performing” cities in our dataset have implemented energy and emissions savings by adopting strategies for behavioural change, such as the promotion of pedestrian mobility and cycling and the implementation of public awareness campaigns.

They have also replaced inefficient technologies, for example, by installing high-efficiency glass in buildings, replacing heating systems and using biomass boilers instead of diesel or propane boilers. Drawing relevant lessons from successful cities can help improve overall performance and contribute to bridging the global emissions gap. International cooperative initiatives such as the EUCoM are well-positioned to continue facilitating this kind of experimentation and learning.

This analysis represents a small step towards filling the data gap around the progress towards voluntary climate commitment. There is still an urgent need to track climate performance more comprehensively, but our study shows that it can be done.

As a next step, researchers – including ourselves – should build on this work by extending climate performance tracking to cities outside of Europe. This could include examining the achievement of cities in other initiatives – such as the Race to Zero campaign – and shedding light on corporate climate performance.