Promoting Policy Innovation for Sustainability: An Interview with Nihit Goyal 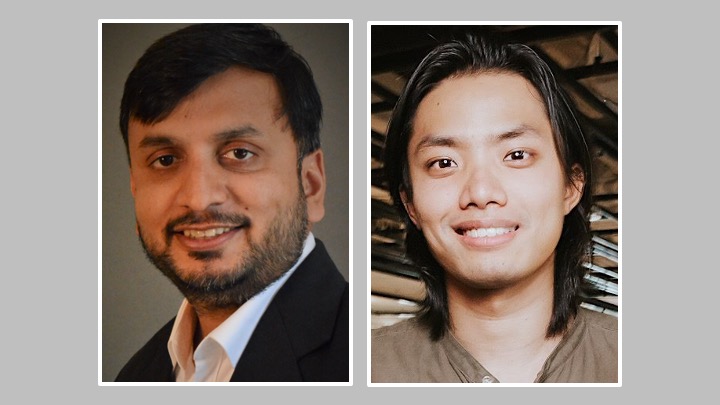 Nihit Goyal is a Postdoctoral Fellow at the Data-Driven EnviroLab (DDL), Yale-NUS College. He specializes in comparative public policy for a sustainable energy transition. He speaks with Willie Khoo, Project Manager at DDL.

Willie Khoo: Hi Nihit, thanks for joining me today, welcome to the show.

WK: Just kidding, there’s no show, I just really wanted to hear about your work. First of all, congrats on obtaining your doctoral degree—we’re all very proud of you here at DDL. And that was an excellent thesis defense you put up last week. How are you feeling, as a freshly minted PhD?

NG: Thanks, Willie. It doesn’t feel too different, actually. I guess I’ve been revising and completing this dissertation for so long, it almost feels like I got the PhD a while ago.

WK: Very well-deserved. Let’s dive right into your research then. What key questions are you trying to address?

WK: Would you be able to say that in a sentence?

NG: Aligning policies with problems, politics, and technologies is critical for accelerating the Indian energy transition and promoting policy innovation for sustainability.

NG: I started working on energy policy in 2012 at a think tank in India. Back then, I was focused on policy analysis and understanding what kinds of strategies and instruments we need at a national or state level to promote long-term energy transitions in India. But the larger question was always—how do we ensure that such analysis feeds into the policy process? The PhD provided me the opportunity to examine the policy process in more detail, to understand how analysis, knowledge, and learning can influence policymaking in the first place.

WK: In your research, you focus heavily on the multiple streams framework. Could you describe that in greater detail, perhaps expand on the history of how it first came about, where it is going, and how it improves on the rational planning paradigm in policymaking, if it does?

NG: The early models of decisionmaking, both at the individual and organizational level, tended to think of it as a rational exercise. The idea was that you’d start with a problem, you’d do an extensive search for all possible solutions, and then you’d pick the one that best met your criteria. A challenge to that came from Herbert Simon, whose argument was that humans don’t optimize, they satisfice—they look for good enough alternatives and then choose one amongst those. This significantly influenced thinking about decisionmaking in the policy context as well.

A more radical conception of the idea was put forth by Cohen, March, and Olsen in the Garbage Can Model, which describes decisionmaking as an exercise of dumping problems and solutions into a metaphorical garbage can and then randomly taking out a problem and a solution and putting them together. This thinking was adapted by John Kingdon, who proposed a different way of looking at agenda-setting, that is, when issues get placed on the policy agenda. He argued that policies are placed on the agenda when problems, policies, and politics come together during windows of opportunity, and this is not an automatic process—this happens when policy entrepreneurs exploit these windows to, what he called, “couple” streams. This idea has since evolved into the multiple streams framework and has been applied in cases all around the world. The extent to which this framework explains the policy process is an ongoing debate, but of late there has been renewed interest in the framework, partially because of the challenges other frameworks face in explaining the policy process, and partially because much work has used the framework in Europe and other countries, as well as in other stages of the policy process, such as decisionmaking and policy implementation.

WK: Could you clarify the different streams?

NG: The original multiple streams framework had three streams—problem, policy, and politics. The problem stream deals with elite perceptions of societal issues. Here, societal conditions are interpreted and framed as problems. You have the policy stream, which refers to the evolution of ideas over a period of time. This stream is largely incremental—ideas are created, but they also combine with other ideas and they change over a period of time and develop into new ideas and so on. To survive in this stream, ideas need to meet certain criteria, such as technical feasibility and financial feasibility. Finally, there is the politics stream, which focuses on characteristics, such as party ideology, interest groups, and public mood.

WK: In your dissertation, you introduce another stream—the technological stream, which is particularly salient for DDL as we’re embarking on projects that examine the potential of emerging technologies like distributed ledgers and AI to increase climate action and ambition. Could you elaborate on your decision to add this stream?

NG: The general idea is, does technology play a role in the policy process? In the original multiple streams framework, it’s not that technology cannot be explained, it’s just that you have to do it in a slightly roundabout manner. For instance, you could argue that technology affects societal conditions and hence affects problems. Similarly, you could say that if technical feasibility is a criteria in the policy stream, then changes in technology would lead to changes in technical feasibility and hence the policy stream changes. The idea to add a technology stream was to make these interactions more explicit, especially in a domain like energy, where technology plays a prominent role in almost every issue you examine.

WK: Is there a danger of adding too many streams? Does it become too noisy for fruitful analysis, especially when you might have to consider different levels of endogeneity?

NG: There’s definitely work to be done in terms of conceptualizing the streams more clearly, clarifying what they are and aren’t. I don’t think my dissertation does enough of that—I think that would require a more collective effort over a long period of time. Personally, I don’t think it’s noisy as long as the streams are clearly defined. If it’s noisy, it just means the system is noisy, and if the system is noisy, it just means we need to understand what’s happening better—there’s insight to be gleaned.

WK: So you’ve got the political entrepreneur, policy entrepreneur, problem broker, and technologist from the various streams. This might sound reductive, but which actor, in your view, is the most critical for moving the needle on sustainability?

NG: From my interviews, the general sense is that there are more than enough people doing research to define problems. There are plenty of agencies that can implement policies, and plenty of companies advancing technology. But nothing moves unless there’s a political will to move things forward, unless there’s a political entrepreneur to drive the process. The political entrepreneur is the one who moves the politics stream forward and plays a significant role in decisionmaking.

WK: Where does civil society fit within the multiple streams framework?

NG: Civil society has a different role in every stream. In the problem stream, for instance, you could view the public as being passive and just accepting frames that elites and the media supply them. You could also think of the public as active and framing problems through citizen science, awareness raising, and social movements.

Similarly, in the policy stream, the public could play a role in supplying policy ideas, influencing the feasibility of policy ideas, and in some cases even implementing policy ideas. They can do this through crowdsourcing or what’s known as ‘co-design’, like participatory budgeting and citizen panels.

In the politics stream, you have civic involvement in social media, non-profit organizations, advocacy groups, and the mobilization of transnational networks. The public can definitely play a role beyond voting.

WK: Within the problem and politics streams, how important are crises? I’m reminded of Anthony Downs’s ‘Issue-Attention’ Cycle, in which an issue comes to the fore at one point and then fizzles out over time, only to be replaced by another issue…

NG: Never waste a good crisis, isn’t that what they say? Crises seem to be important in helping draw attention to specific problems. The Fukushima disaster is a good example. You could see how something that happened in Japan clearly influenced policymaking halfway across the globe in Germany. Whether Germany moved away solely because of Fukushima or because this was something that they tried for a long time can be debated—there’s evidence to suggest that they might have wanted to take this direction anyway and the crisis helped accelerate things. So crises are important, but it’s also crucial to understand what the other dynamics are in the policy process and how certain actors might be better at using crises to promote their ideas than others.

In terms of the ‘Issue-Attention’ Cycle, the idea is interesting. There’s been some empirical work on it, but it hasn’t been conclusively proven—it’s possible that it might hold for certain issues, like corruption, but maybe not so much for other issues. It goes back to the question of whether there are concrete ideas to address the problem, and if the problem can only be addressed in symbolic terms then the issue will possibly keep coming up every now and then without the process moving forward.

WK: What’s next for you?

NG: Job hunting [chuckles]. I’m also looking forward to the work I’m doing here at DDL—it goes back to policy analysis, understanding what’s happening, how specific actors are shaping climate governance, what actions they are taking, and whether the actions are helping bridge the emissions gap. I think that’s very exciting, there’s an opportunity for me to expand my horizons in terms of looking at cities and businesses rather than states and countries. It’s also interesting for me to see whether the dynamics I observed during my dissertation hold in these settings.

WK: Well this has been very insightful, thanks so much, Nihit. Or should I say Dr. Goyal?

NG: Nihit is perfectly fine. It’s been a pleasure!