Data-Driven Yale at COP-22: A Day in the Conference 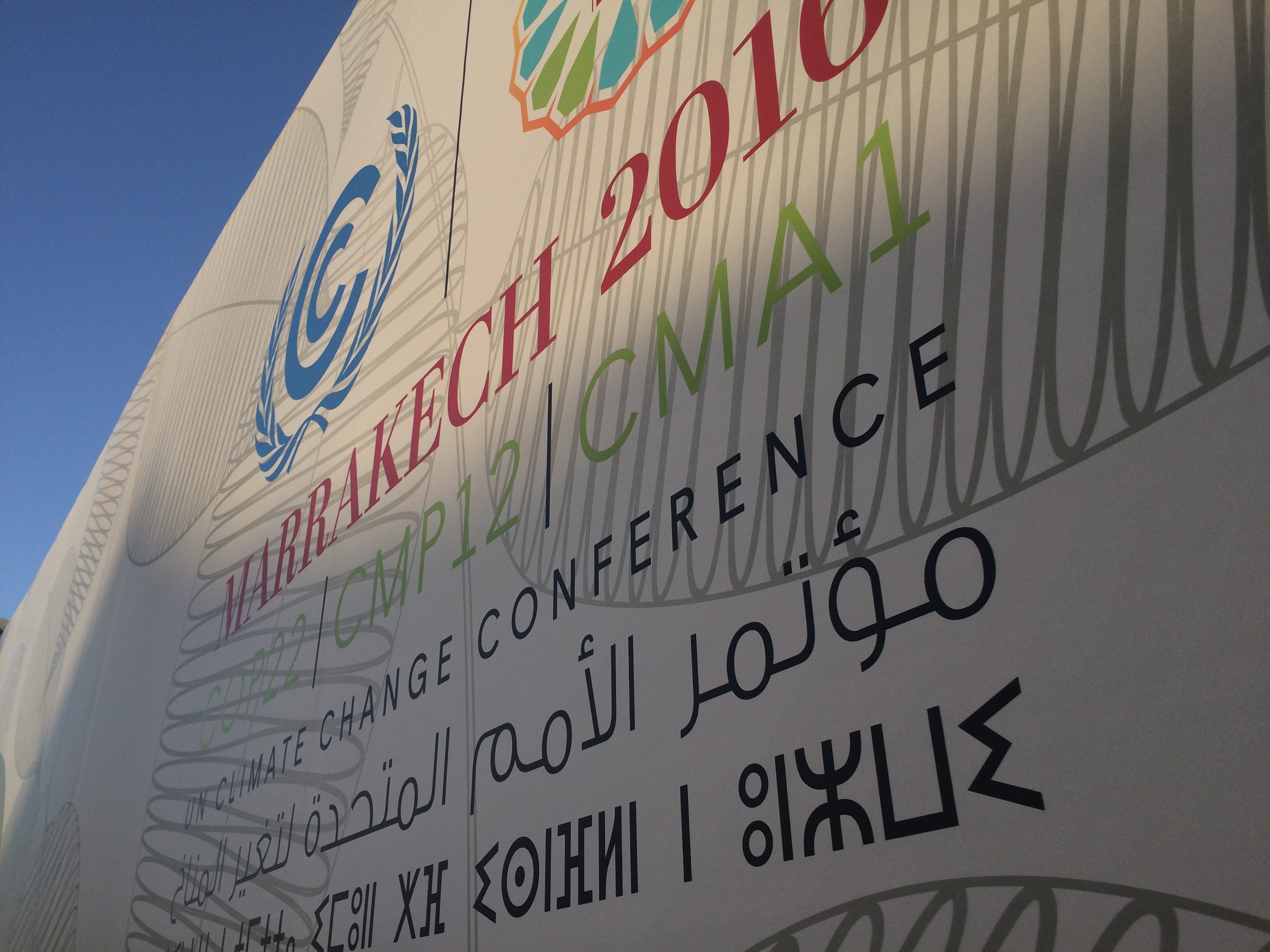 By Ross Rauber and Aadit Gupta

The 22nd Conference of the Parties (COP-22)—held to begin implementing the goals of the 2015 Paris Climate Agreement—arrived in the shadow of two major events. The first was its landmark predecessor, the Paris Climate Agreement, at which the protocols that now guide the international community’s response to climate change were created, and the second, Donald Trump’s elevation to the U.S. presidency. However, it was the absence of frenzied debate or calls to action either in the blue zone or publically accessible green zone which perhaps marked this COP as unique.

That being said, there was plenty to keep the Data-Driven team busy at the conference. Primarily, we were involved in presenting and analyzing climate action commitments made by non-state and subnational actors such as cities, regions, corporations, investors, and civil society organizations. The team also helped host a discussion on the next steps for analyzing these commitments. At this event, we demoed a web service that allows users to search for non-state actor commitments based on parameters asked in natural language. This tool aims to help researchers more easily sort through and compare the 11,000+ existing non-state actor commitments. 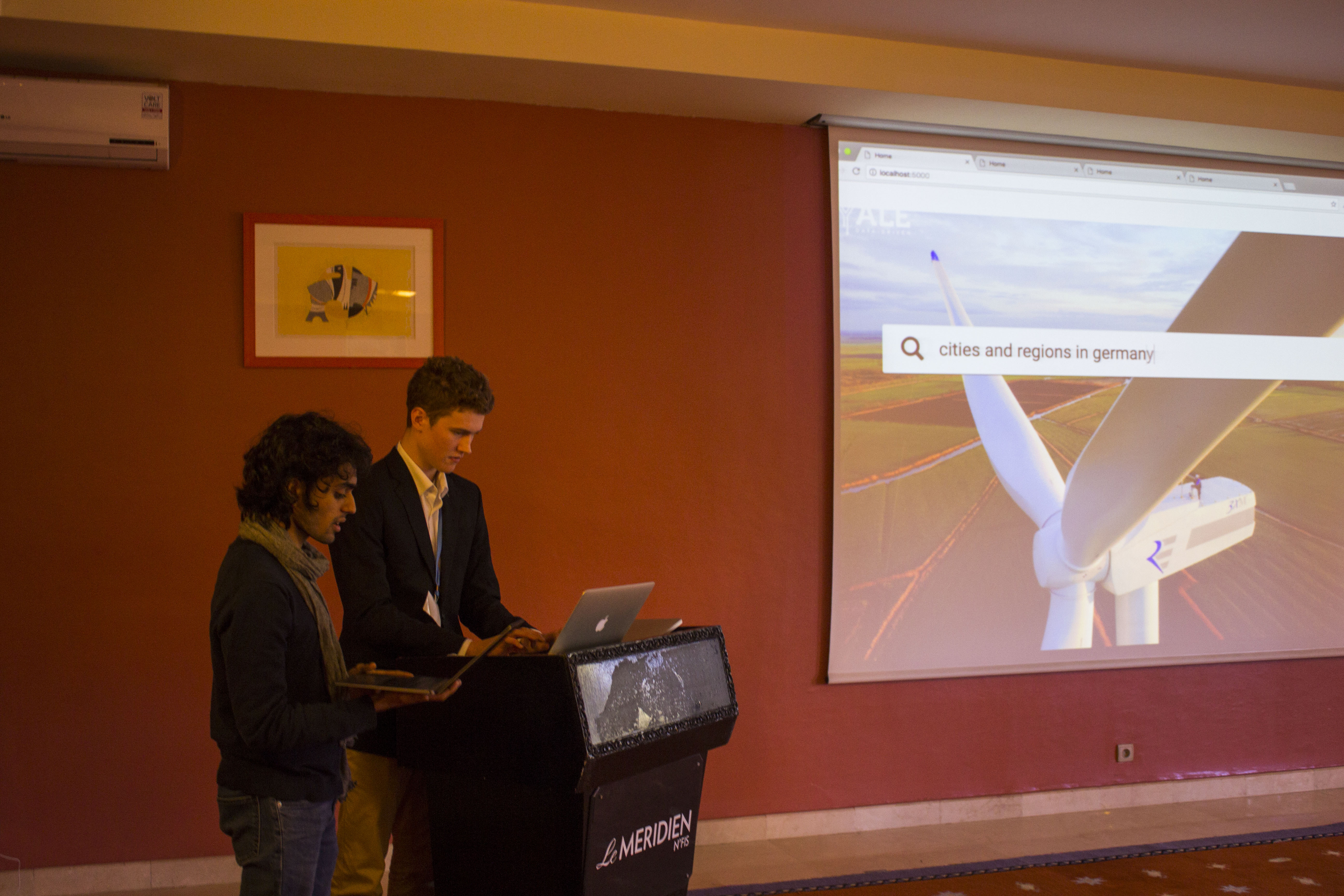 Time not spent working with the commitment data was filled with side events organized by party delegations and members of civil society. In the rest of this blog post, we narrate a day of the conference as experienced by the three student members of the team, detailing interesting learning points and discoveries along the way.

Based in the Marrakesh medina (the ancient walled city), we were a short bus journey from the exhibition centre. Marrakesh, regularly Morocco’s tourist capital and famous haunt of many of Europe’s bohemian bourgeois, was polished to suit the occasion—the government had invested heavily into making the city a base for the country’s overtures to the world. Billboards were placed throughout the city emblazoned with the phrase ‘to act’, and multimedia artworks were installed on the city’s walls and main square. For the event, a major local bank had even sponsored free all-electric ‘Uber Green’ rides for conference participants with badges.

A regular day started uneventfully: after waking and making breakfast at our AirBnB, we would make our way to the conference venue. 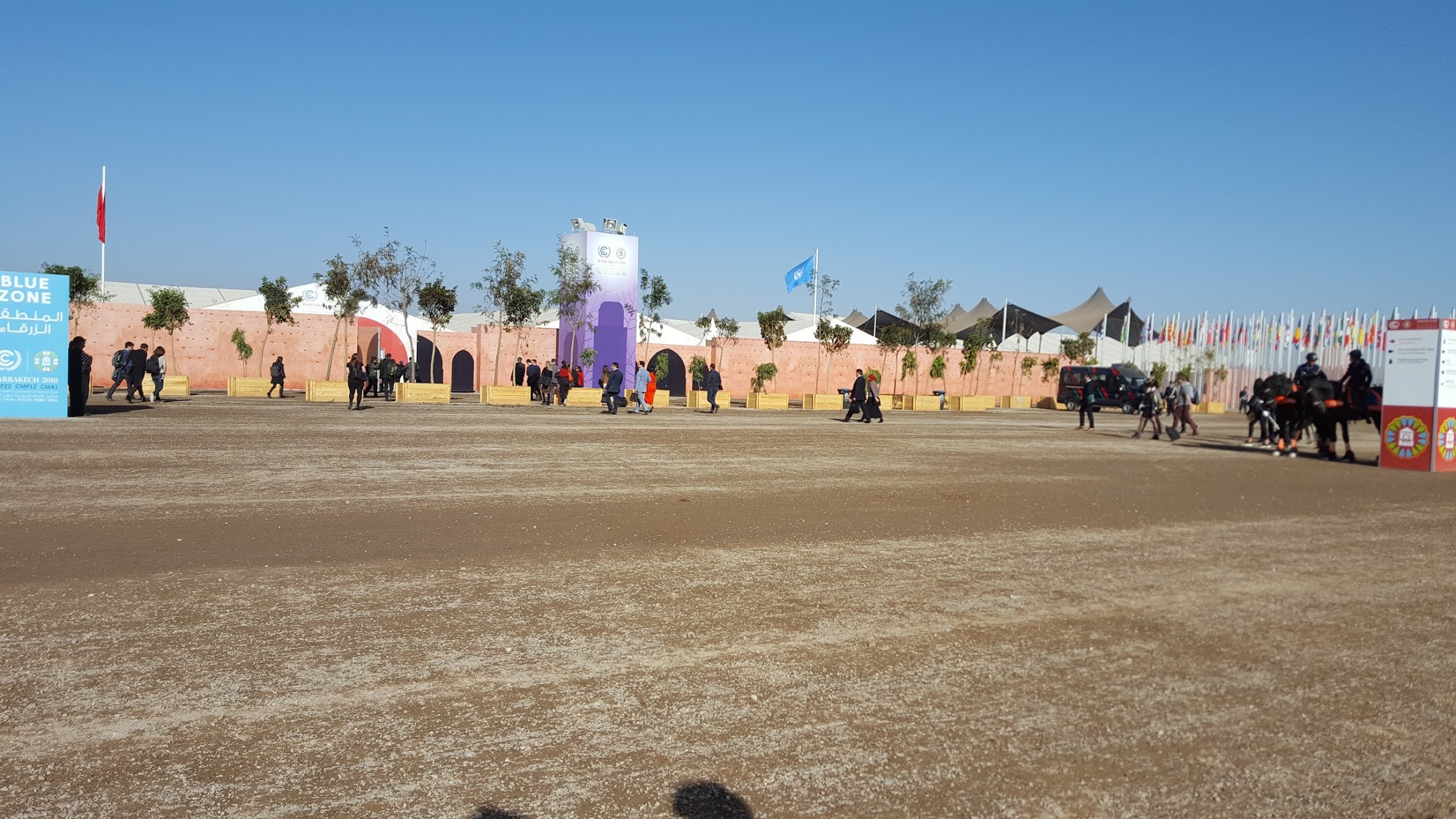 Outside the blue zone of the COP-22 venue, facing the security screening area. 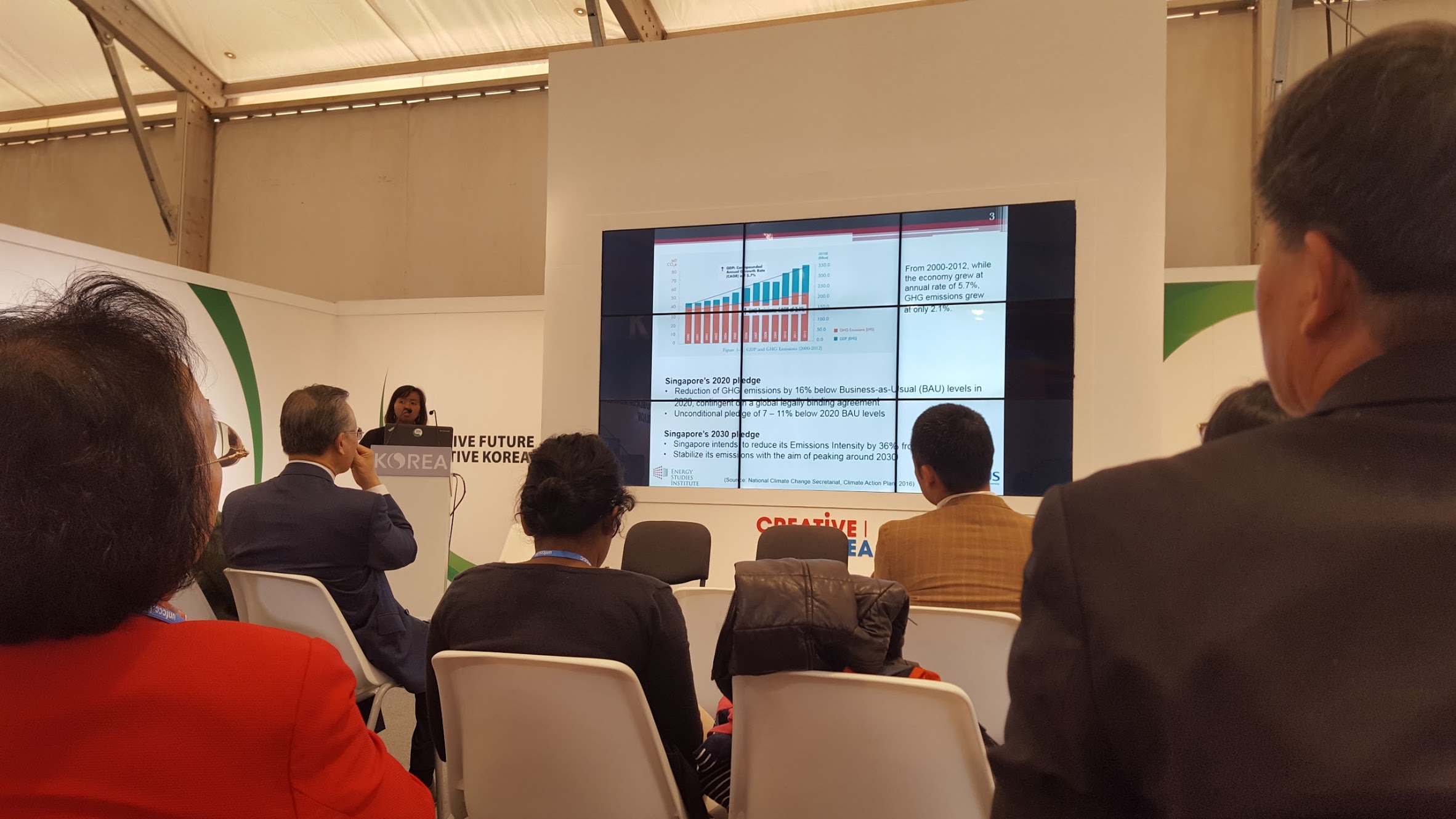 An event held at the Korea pavilion by Listrina Hamid, a participant from Singapore, focusing on the city-state’s moves to combat climate change. 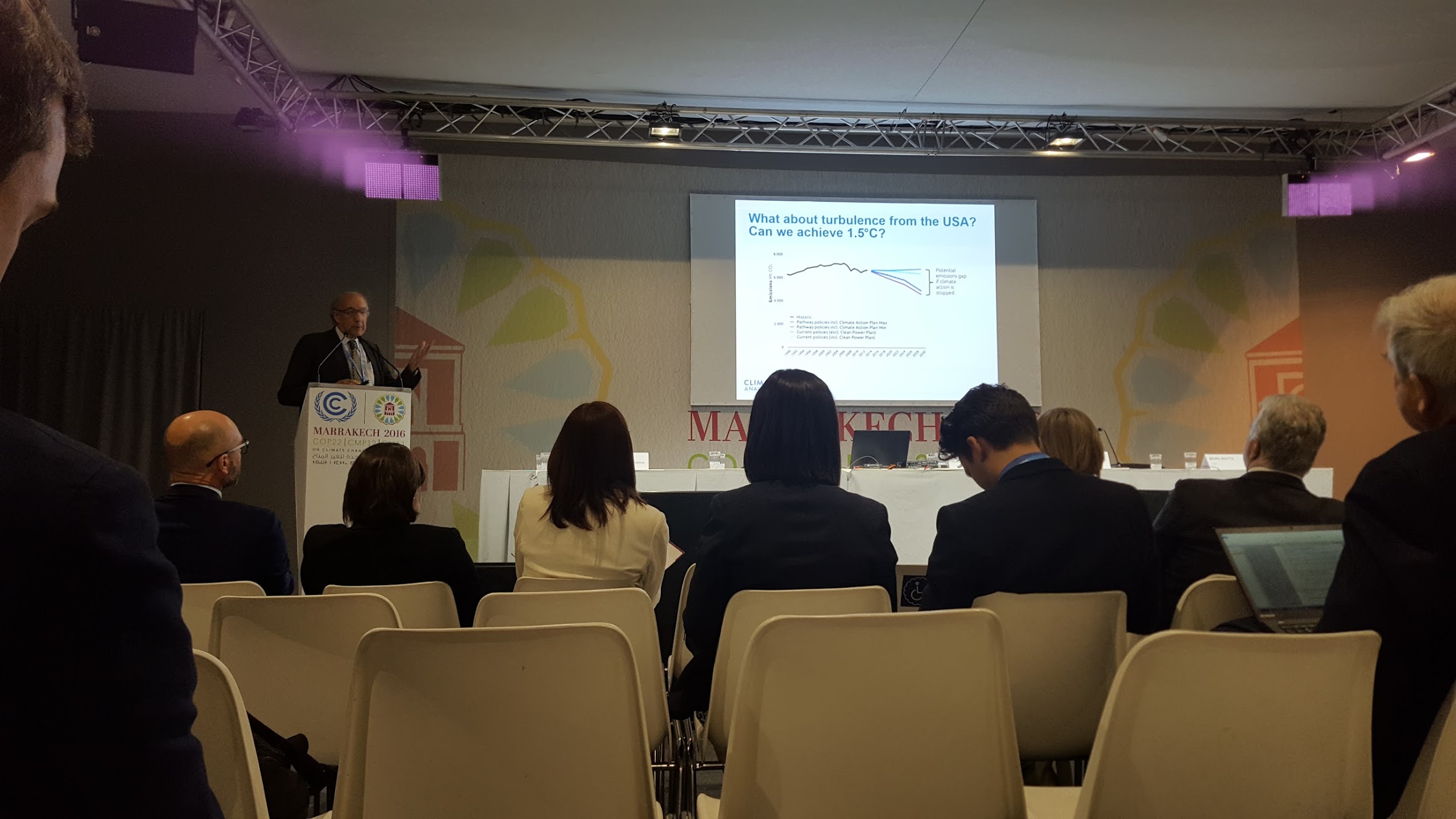 Discussion at another side event hoping to forecast a Trump administration’s effects on the global environment. 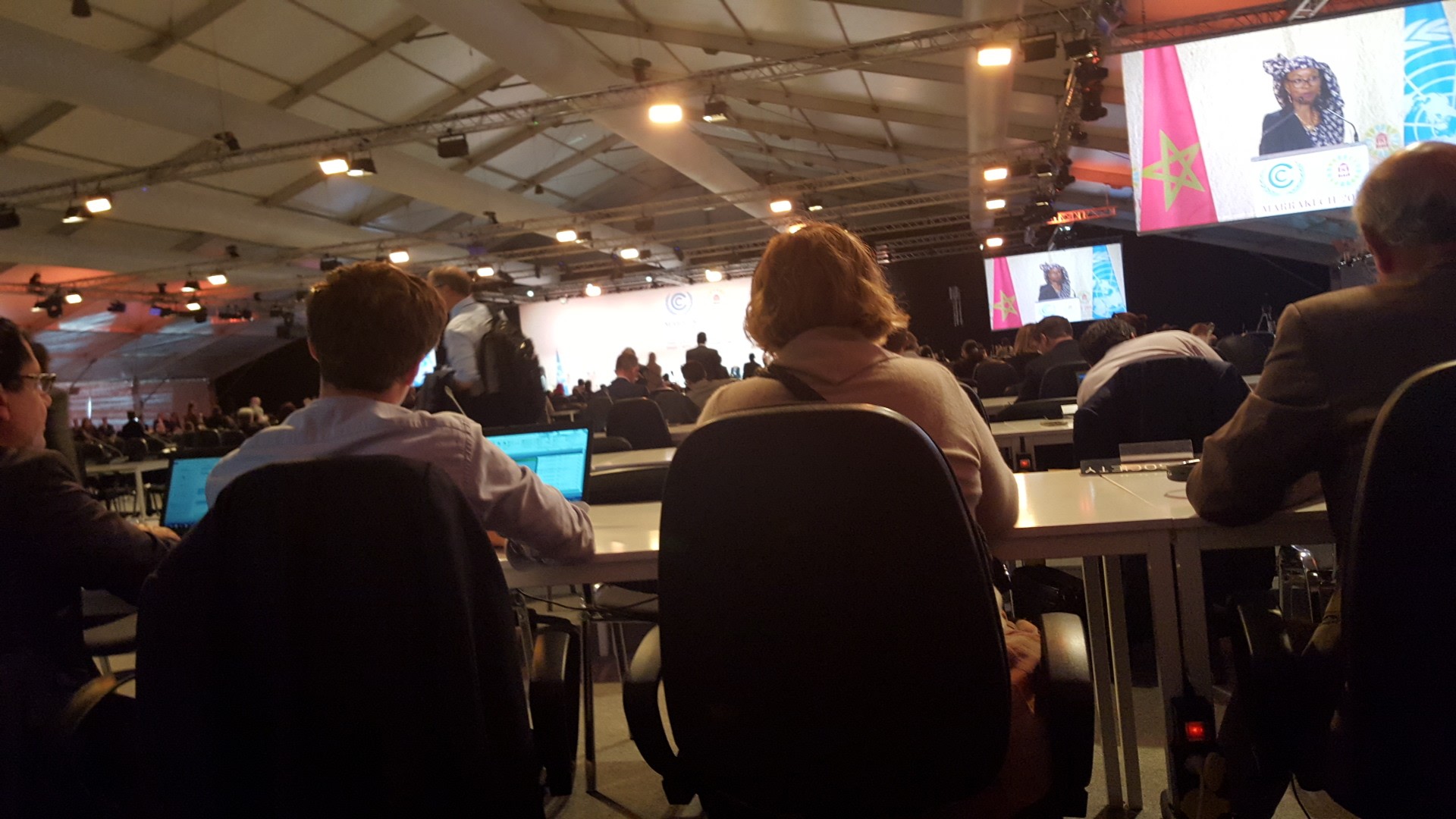 Other events of particular interest to the team were a discussion about gender and climate change at the Nordic pavilion, a discussion of Saudi Arabia’s economic diversification plans and the subsequent effects on the country’s environmental footprint, and a talk about the usefulness of cross-border carbon markets by members of Ontario and California’s provincial and state governments. In the latter presentation, the governors pointed out that continued U.S. action towards its climate goals would increasingly be made at the state level, offering hope that Donald Trump’s presidency might not result in a complete reversal of the progress made on environmental issues in the U.S. Their discussion of of state-led action highlighted the importance of understanding exactly what goes on in the non-national sphere of climate action.

The international community’s response to potential threats towards the climate consensus, based on our observations at this COP, thankfully seem resolute. As a political era ends in the U.S., China and northern Europe seem to have assumed the mantle of climate leadership, much to many of the delegates’ short-term relief. However, although it seems that the Paris Agreement and the Marrakech implementation plans will survive potential American political tumult, there remains much to be done to arrest rising temperatures and move towards Paris’ ambitious goal of negative emissions.