Climate Action and the SDGs with Dr Sander Chan: Managing Synergies and Tradeoffs 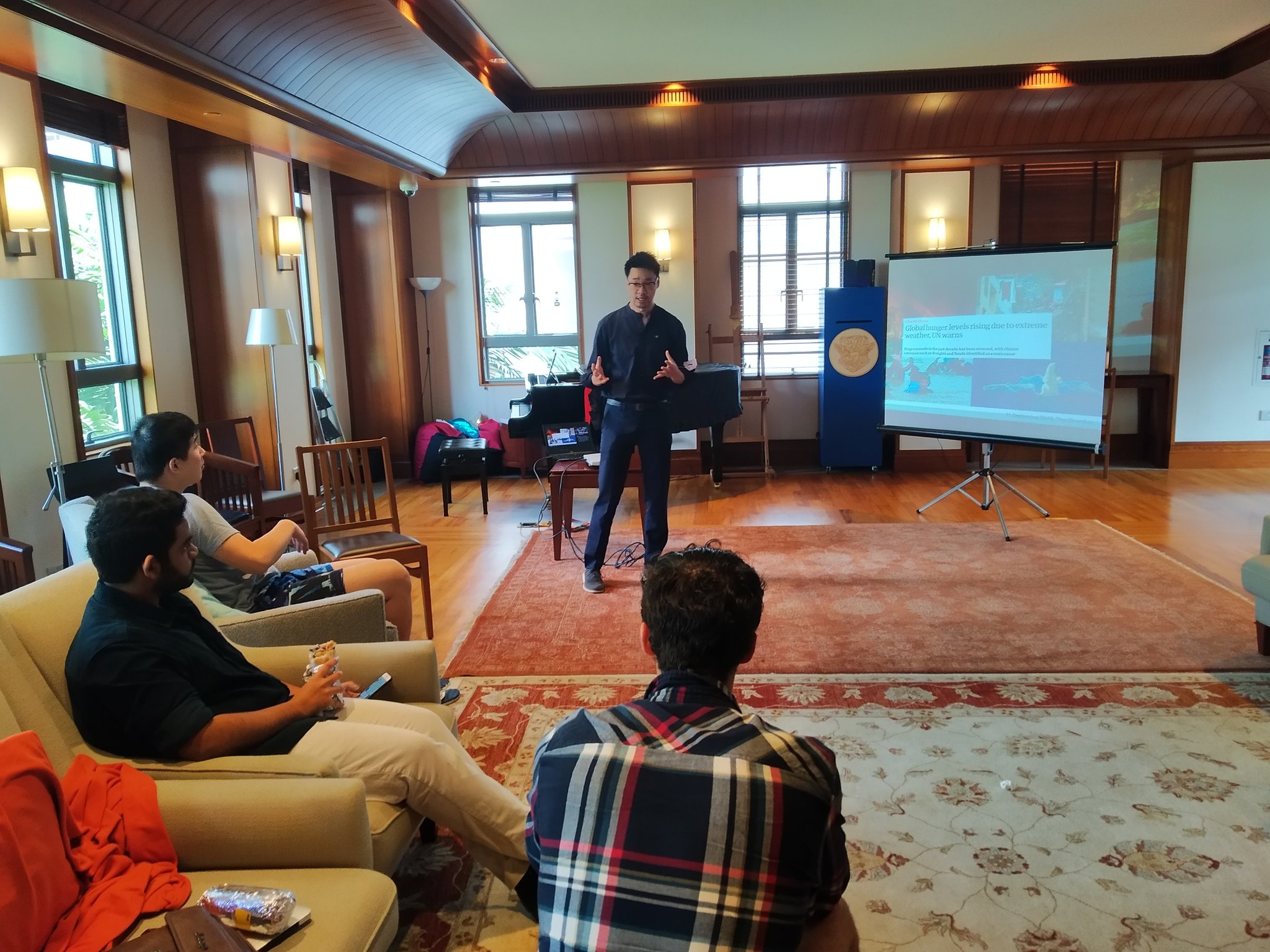 On February 13, Dr Sander Chan, Senior Researcher at the German Development Institute and close partner of Data-Driven Lab, shared his work with students from Yale-NUS College, focusing on the interlinkages between climate action and the Sustainable Development Goals (SDGs). The following is a transcript of his presentation:

Climate action is not only about reducing emissions, but also sustainable development. There has recently been a reversal in progress towards some of the SDGs, such as world hunger, which is worsening and very likely caused by climate change. More sustainable development achievements are expected to be reversed as a result of climate change. We must therefore move away from thinking of climate action as purely a matter of environmental action.

In terms of where we are today, energy-based emissions seem to be levelling out, but we are going way too slowly–by now, we should have reduced absolute emissions by 7% a year. Current policies at the national level are not ambitious enough and will bring us to 2.7-3 degree warming by the end of the century.

This is why actors other than governments are so important. I am referring to nonstate and transnational actors such as businesses, civil society, city and regional authorities, and faith communities. The efforts of these actors to address climate change could potentially close the gap between the 3 degrees and 1.5 degree pathway. They could also help to convince governments that the phasing out of fossil fuels is viable, even without sacrificing international competitiveness. The UN has embarked on large-scale efforts to activate these actors, by opening dedicated action platforms, and organizing climate summits and other high-level events. However, it remains a big assumption that they would indeed bring us on a low-carbon development path consistent with the goals of the Paris Climate Agreement.

Moreover, we must be wary of some of the nonstate actors that promise climate action. For example, there are climate initiatives formed by oil and gas companies that focus on technology and innovation as though they were some sort of Deus Ex Machina. Business collaborations are not always bad, but they need to be closely examined, especially their media portrayals, because many seemingly green and clean promises in fact boil down to greenwashing. For instance, in its publicity and green financing, Royal Dutch Shell heavily promotes “nature-based solutions” and other innovation efforts that allow the company to show what good corporate citizens they are while continuing business as usual. The scope of their actions therefore needs to be critically analyzed. Still, the fact that oil companies feel like they need to at least pretend to do something might be a good thing, as it might indicate broader shifts in societal norms.

When it comes to global governance, what we see in the world of trade is the purest form, because governments can be quite easily ruled over by an international body, in this case the World Trade Organization (WTO). There are also hard sanctions–if a country raises tariffs, other countries can retaliate in a similar fashion. With environmental matters, you do not have that hard sanctioning. It is therefore critical that the international community continues to maintain the legitimacy of agreements like the Paris Agreement, which can be quite vulnerable, as it is relatively easy for one big country to undermine it.

While the Paris Agreement is important, one should also consider how the grand narrative about limiting the gap between our current emissions pathway and the 1.5 degree pathway also limits our view. It might lead us to focus on emissions, but we might lose sight of other important issues, such as adaptation to climate change. We also sometimes hear the narrative that climate action is necessary for broader sustainable development, particularly SDGs, and therefore climate action is good. This narrative asserts that climate action will always support other aspects of sustainable development, which is not necessarily true. One thing that we do at the German Development Institute is to look at the Nationally Determined Contributions (NDCs) that governments pledge under the Paris Agreement, and analyze how they relate to different SDGs. Both governments and nonstate actors tend to look at synergies between climate action and sustainable development, but not all climate action is good for all SDGs. For example, bioenergy and carbon capture has huge trade-offs with the provision of clean water and poverty.

Until now, when we talk about climate action, it has often been about the ‘easiest’ climate action, where many synergies are obvious, like efforts to increase renewable energy capacity and to achieve greater energy efficiency. But eventually, we will need to confront the difficult trade-offs. For instance, carbon capture is very controversial–it is costly, energy inefficient, but according to almost all climate models, we will need such technology to keep to our temperature targets. But who wants to put money into this solution? Who wants it in their backyard? We need to start asking these questions.

Student: How do we decide which course of action to take when faced with trade-offs between climate action and achieving SDGs?

The SDG is politically defined and constructed. Most people might say we need to achieve all the SDGs, but the world is very incoherent. Trade-offs do not necessarily mean that you should not do something. It means that you need good mechanisms to manage the issues properly. Often, we talk about policy coherence, but the problem is that such talk can get very bureaucratic, and could bypass democratic processes–who is determining this coherence? There is an underlying belief, as seen from our obsession with synergies, that conflict is bad, but I believe conflict can be good. As the research shows, the real world presents us with these real trade-offs, and any meaningful solution will require us to first acknowledge the conflicts before engaging in conflict resolution.

Student: Can the Paris Agreement and NDCs provide a solution to our problems?

Although we conduct research on NDCs and their targets as if they were a given, we must recognize that NDCs are merely a form of governmental communications to an international body. It might be that a government is over-promising and not planning on actual implementation, or it could be that a government is strategically under-promising because the mechanism of the Paris Agreement requires them to increase ambition over time. Even then, few countries stated the intention to increase their ambitions at COP25, probably because everyone was shaken by the US’s withdrawal from the Paris Agreement. Surprisingly, we see that the country with the biggest absolute emissions reduction, in terms of total quantity, is the US. This takes a little bit away from the argument for not acting because of the US’s recent behavior.

As someone who advises the EU on climate policy, I am sometimes more pessimistic about Europe. There does not seem to be a sense of urgency felt by a broader set of actors in Europe because people think that their governments are doing a great job and we can just leave things up to them. But ultimately, governments are volatile, and governments act on the sentiments that come from below. In the long term, I think you need a bit of anger and radical sentiment to bring about the transition we have promised under the Paris Agreement. The incrementalism in European policies will not do.