A Global Response to Climate Change: In, Through, and for Cities? 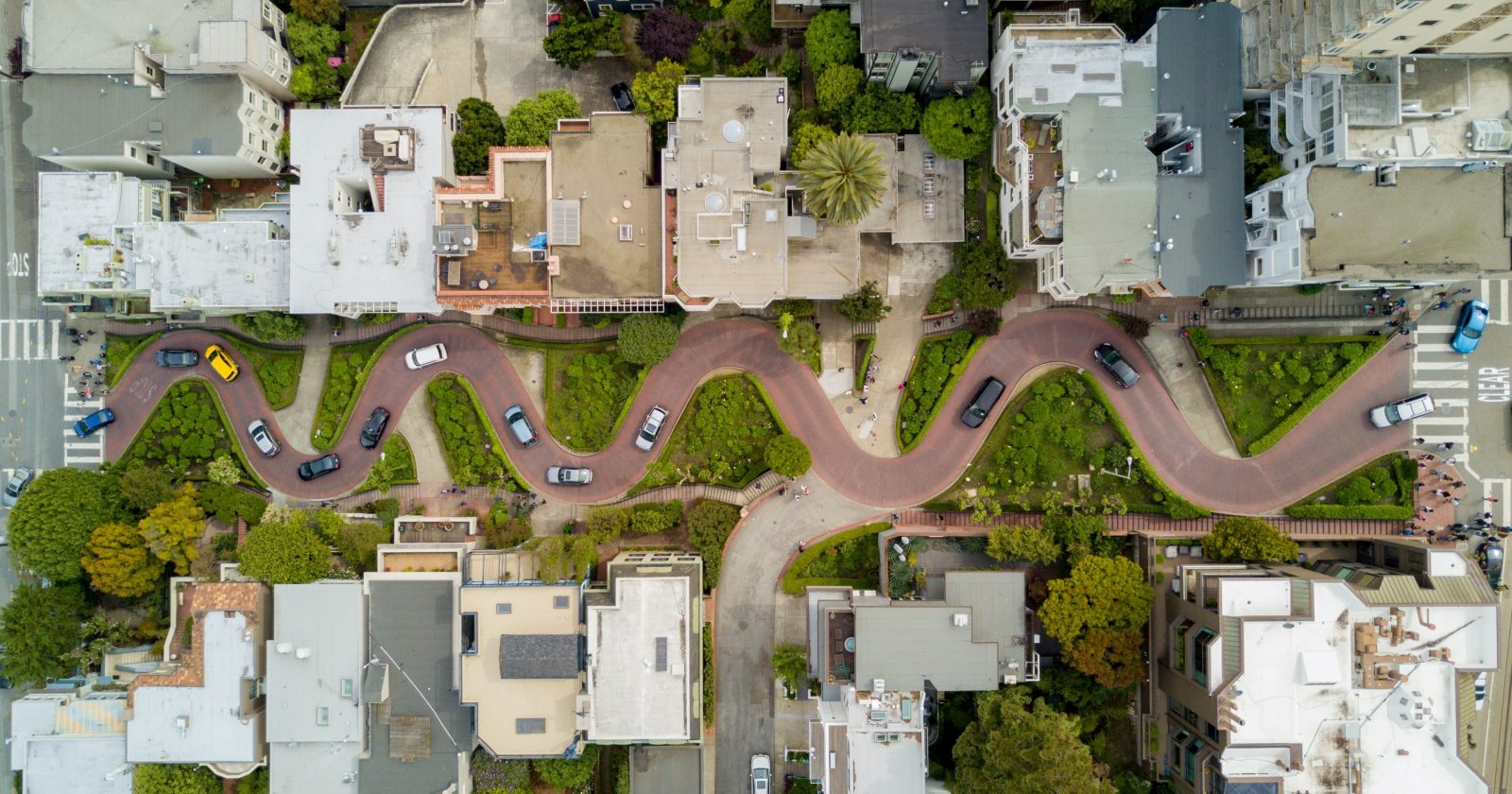 This article, which includes Data-Driven Yale Director Angel Hsu as a contributing author, originally appeared in Duck of Minerva.

Cities have been wildly successful over recent years in positioning themselves at the center of the global conversation on climate change. For example, the Intergovernmental Panel on Climate Change (IPCC) recently convened the Cities & Climate Change Conference (CitiesIPCC) in Edmonton, Alberta. The conference — hosted by a city that once advertised itself as Canada’s oil capital — brought together a diverse constellation of academics, practitioners, and policy-makers to shape a forward-looking research agenda centered around sustainable transformation to meeting global climate goals in, by, and through cities.

Recognizing the pivotal role cities have come to play in global climate politics, where they were almost invisible until the early 2000’s, we strongly support the aim of CitiesIPCCC to set a transformative research agenda on cities and climate change. However, we want to call attention that current approaches are likely to fall short and have limited value in responding to fundamental questions of social context and urban capacity.

In response, we argue for research that looks holistically at the global engagement of cities, the local context in which transformation takes place, and the institutional and political contexts in which cities are embedded.

The Challenges of the Cities IPCC Conference

There is a dynamic and growing body of research that aims to address the role of cities in sustainable transformations – produced by academics (see here and here), city-networks (see here, here, and here), and non-state actors (see here). Too often, however, this research focuses primarily on aggregating the global mitigation impact of cities and city-networks, while under-emphasizing the complex social and political limits, barriers and options for transformation.

In seeking to set the global research agenda on cities and climate change, the CitiesIPCC conference offered a potential opportunity to confront this research imbalance. The event brought together scientists, including social scientists, as well as practitioners and policymakers to build transdisciplinary bridges and bolster communication across the academic-practitioner divide. Unfortunately, the conference struggled to integrate a greater sensitivity to social and political governance challenges regarding cities and climate change. Dialogues in Edmonton were still, by and large, predisposed towards the search for solutions in more data, better algorithms, disruptive technologies, and expert-driven change.

This predisposition, however, is problematic, since cities are much more than just loci of emissions, vulnerability hotspots, or blank slates upon which our economic systems are based. They are complex social and political spaces that are prone to path dependencies, social and technological lock-ins, and are hamstrung by conflict between competing stakeholders with unequal decision making power..

Cities are also places where people will (and already do) suffer severe hazard risks that climate change is amplifying, including flooding, heat waves, and severe storms. In the urban space, these natural shifts will have detrimental social impacts, including exacerbating inequality within and among cities, driving unsustainable rates of rural-urban migration, and disproportionately burdening the most precarious urban residents like slum dwellers and rough sleepers. For local leaders, therefore, building adaptive capacity and social resilience is an equally important — and potentially more urgent — matter than reducing emissions. At the same time, we cannot ignore cities’ carbon footprint and growing contribution to greenhouse gas emissions, particularly among wealthier populations, as more of the global population lives in cities.

Cities and city networks’ climate actions are of great importance in the fight against climate change. It is clear that to achieve significant GHG emission reductions the involvement of all levels of government is required. Knowledge-sharing efforts by prominent city-networks (like C40 and ICLEI) are particularly promising to diffuse good practices and can be a catalyst for local climate actions. However, the degree of their effectiveness depends on conditions encountered in the respective localities. Administrative capacity, leadership, human and financial resources, knowledge, and awareness are found to be crucial prerequisites for institutionalizing climate actions at the city level. Moreover, the extent to which cities possess decision- and policy-making authority are decisive and often limiting factors. Various city networking efforts for climate change mitigation and adaptation must be embedded in supportive and inclusive organizational structures at the local level, which can substantially differ across countries.

A Call to Political, Social Scientists and Humanities

To achieve the goal of sustainable transformation in cities, there is a need for knowledge from multiple academic disciplines. Achieving such interdisciplinarity is easier said than done. Currently, there is an imbalance among the disciplines represented in research on cities and climate change, with physical geographers, economists, and climatologists seemingly outnumbering the social scientists in the field. This disparity influences the perception of what counts as relevant data and analysis. Environmental indicators, emissions data, and geo-data feature prominently, whereas data and knowledge from social and governance scholarship receive much less attention. This gap is worrisome because the insufficient climate action at every level is largely due to a failure of governance, and power distributions in favor of vested (and unsustainable) interests.

To understand the multifaceted roles of cities in global climate change, therefore, we argue for a different approach to research on cities and climate change which engages political, social scientists and humanities. Our suggested research agenda thinks holistically about the engagement of different urban constituencies, cities and city networks in multilevel climate change governance, considering closely the local context in which transformation takes place, and tracing the institutional/political context in which cities are embedded.

First, while cities and city networks have become increasingly engaged in the multilevel governance of climate change, it is important to ask “to what end”? To what, at the global level, does city action on climate change amount? Currently, analysts make considerable efforts to track local governments’ collective mitigation promises, but beyond measuring GHG emissions, what metrics can we use to measure the reduction of vulnerability or capture the amelioration of risk inequality within and across cities? What future research needs to grapple with are fundamental challenges about what “change” we seek to identify, for whom, where, and when. In other words, what do we mean by transformation, on whose behalf, and how would we know it if we saw it? Our call is for research that takes seriously the need to search for indicators of disruption and transformation beyond city government promises and readily quantifiable measures of emissions abatement.

Second, future research on cities and climate change needs to take local context seriously. Research should go beyond cities as abstract units of analyses, and aim to understand differences within and across cities, for instance in terms of power and wealth. This charge entails crafting questions that consider local communities and the complex social intersections among them. Local analyses are essential not only for normative reasons, but also to better understand the feasibility, fairness, durability and transformative potential of urban interventions. City-networks are making concerted efforts to demonstrate the benefits of climate governance for a variety of marginalized urban communities. At the same time, they appear to offer little to no opportunity for the participation of those same communities, and traditional accountability links between citizens and city governments appear tenuous at best. Fine grained, locally embedded research is a must in order to weigh the effects of global ambitions on local conditions of vulnerability and inequality, and will be an essential tool for tracing the effects of these actions on aspirations of climate justice.

Finally, future research agendas should consider institutional contexts. Taking these conditions into account is not always an easy exercise. For instance, cities may refer to very different types of institutional entities and be associated with very different political roles. This suggests a deep and practical challenge faced by those crafting and implementing climate policy. Furthermore, while urban optimism at the CitiesIPCC conference was infectious, city-focused research should also think about the city’s embeddedness in larger political contexts, taking note of the powerful role that states and regions, and elites within cities continue to play. By focusing on voluntary reduction targets and measures proposed by frontrunner cities, one risks overestimating their potential contribution. For a more realistic assessment, cities’ climate action should not be viewed in isolation from the multilevel governance contexts that strongly shape their capability.

Our hope is to draw on the ambitious objectives advanced in Edmonton by calling for greater collaboration, communication, and coordination between scholars, practitioners, and policy-makers already at work addressing each of the three lines of inquiry set out above. This call to action entails a critical need for conversation amongst scholars of governance, urban studies, comparative politics, sociology, and political geography amongst others: to place their work in dialogue, and to develop a more holistic picture of urban climate governance as a viable pathway forward.

Time, as we know, is of the essence and we recognize this as an ambitious agenda. If we are to limit ourselves to 1.5 degrees of global warming, then we only have two to three years before our carbon budget is blown. Yet we are emboldened by the excellent scholarship that already exists and which is currently underway. Working from the knowledge we currently possess, we see a moment of opportunity to leverage that knowledge to gain a clearer sense of the ability of cities to make meaningful contributions.

[4] Professor of Political Science at the University of Guelph

[9] Senior scientist at the National Center for Atmospheric Research (NCAR)